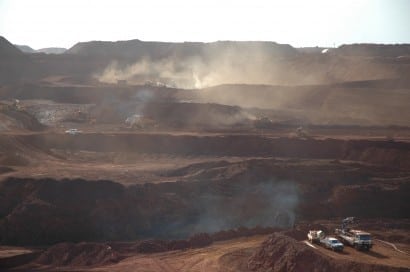 Fortescue said the processing facility will enable the mine to lift its production to 115 million tonnes per annum (mtpa).

The completion of the processing facility comes a week after Fortescue began operating its second train unloader in Port Hedland.

Fortescue chief executive officer Nev Power said his company has constructed two ore processing facilities and the infrastructure that goes with it since March 2010.

“This is another example of Fortescue’s progress towards 115 mtpa by the end of the March quarter 2013,” he said.

Fortescue said other infrastructure projects underway at Christmas Creek include doubling capacity of the operations village, the construction of a remote crushing hub and a 6.3km overland conveyor.

There will also be a new airstrip and the power plant is being expanded.

S&P has now removed Fortescue’s credit ratings from CreditWatch with negative implications, where they were placed on September 12, 2012.

“Fortescue has removed the financial covenants that had been expected to come under pressure, particularly if iron ore prices had remained low,” the ratings agency said.