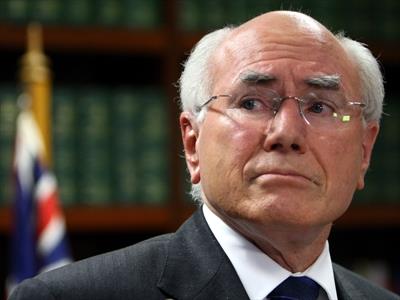 FORMER Australian prime minister John Howard has received an invitation to attend the funeral of Margaret Thatcher, who died on Monday aged 87.

The former Liberal prime minister has been invited as one of 24 members of the Order of Merit (OM), an honour bestowed by the Queen on individuals who achieve exceptional distinction in the arts, learning, sciences and other areas such as public service.

John Howard received the rare insignia in May last year at Buckingham Palace.

The British prime minister’s office said in a statement on Thursday the guest list to the Baroness’s funeral included Members of the Order of Merit.

More than 2,000 politicians, dignitaries and celebrities — including Hillary Clinton, Tony Blair and Jeremy Clarkson — have been invited to attend the funeral at St Paul’s Cathedral next week.

Downing Street said the list had been drawn up by the family and representatives of Margaret Thatcher with assistance from the government.

Mr Howard was opposition leader during the time Lady Thatcher was in government. He paid tribute to the former British PM earlier this week .

“What was so outstanding about her, she was resolute and she was determined,” he told Australian radio.

“She is the greatest British prime minister since Churchill.