Focus on jobs and growth in budget: Swan

The federal budget will chart a path back to surplus while delivering extra spending for schools and disability care, Treasurer Wayne Swan says. 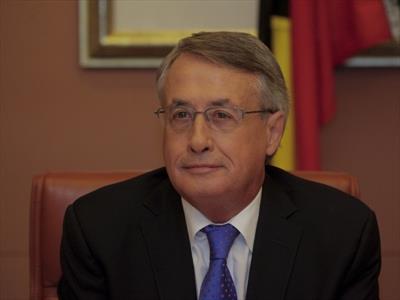 JOBS and growth will be federal Treasurer Wayne Swan’s mantra as he delivers his sixth, and possibly final, Labor budget ahead of the 14 September election.

Mr Swan will promise on Tuesday night that the budget will return to surplus within the next four years, on the back of new revenue measures and spending cuts, while providing for extra spending on schools and disability care programs.

“We have a bloody good story to tell about our economy’s performance over the last five years, and this budget gives us a great chance to tell that story,” Mr Swan told the Labor caucus at a meeting in Canberra on Monday.

“Make no mistake: this year’s budget keeps our economy strong, makes the smart investments for our future and ensures every Australian gets a fair go.”

The opposition says the forecasts in the budget papers won’t be believable, given the treasurer’s previous promises to get the books into the black and reluctance to trim “wasteful” public spending.

The mid-year economic review forecast a $1.1 billion surplus for 2012/13 and slightly larger surpluses for the following three years.

“One of the problems the Labor party has had, it has always made big, bold, unqualified statements and then failed to deliver,” shadow treasurer Joe Hockey said on Monday.

Treasury’s predictions for employment, economic growth and the terms of trade are all expected to be downgraded.

The budget papers are also set to show at least $17 billion has been stripped from revenues since the 2012 budget, due to a higher dollar, lower commodity prices and other changes in the Australian economy.

Prime Minister Julia Gillard said it had been a difficult budget because of these circumstances.

Labor has already unveiled a raft of cuts and revenue measures, including the deferral of carbon-price related tax cuts and the dumping of a rise in the Family Tax Benefit A rate.

The budget papers will also show $580 million slashed from public sector spending, a hike in the Medicare levy to pay for disability insurance, superannuation changes for those on the top two per cent of incomes and $900 million in savings from universities.

Tax breaks and loopholes for large companies and multinationals will also be under scrutiny.

The treasurer will show how the government will fund an estimated $15 billion a year in extra spending, mainly on roads, schools and health.

Transport Minister Anthony Albanese said spending in his portfolio would amount to $269 for every Australian – including more than $3 billion extra for three key road projects in Melbourne, Brisbane and Sydney.

With the Labor caucus up in arms over the low level of unemployment benefits, Employment Minister Bill Shorten revealed on Monday the budget would allow people on the payments to earn more before losing any of their benefit.

It will also put up an extra $300 million to make it easier for people to work or study while they are on income support payments.

“Government can’t meet everyone’s needs and expectations but this is a sensible step,” Mr Shorten said.

Business groups want to see a clear path to a surplus and spending aimed at boosting productivity.

The budget will also reveal a $434 million price tag for the royal commission into child sexual abuse, the Seven Network reported.

Seven also said the budget would include plans for a nation building project that would tap into private funding for major road and rail projects. – AAP