The Department of Foreign Affairs and Trade is continuing to account for 153 Australian nationals that were registered to run in Boston Marathon yesterday, with the death toll of a suspected terrorist bombing at the event rising to three overnight. 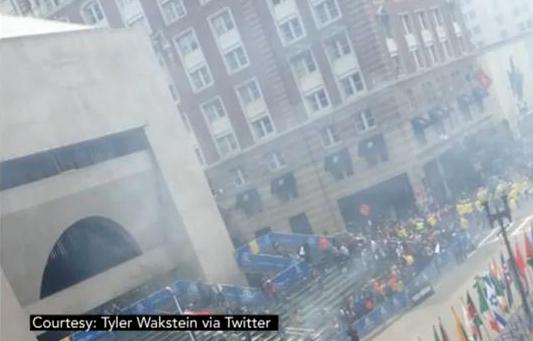 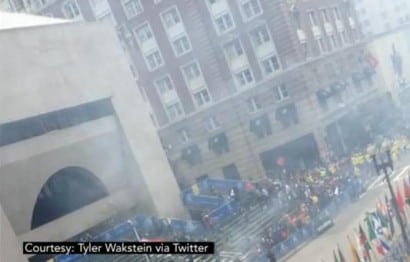 THE DEPARTMENT of Foreign Affairs and Trade is continuing to account for 153 Australian nationals that were registered to run in Boston Marathon yesterday, with the death toll of a suspected terrorist bombing at the event rising to three overnight.

Two bombs were detonated near the finish line of the Boston Marathon at around 3pm, with a third explosive device safely disposed of by police in a nearby street. Three people, including an eight-year-old child, were killed in the incident with over 140 people seeking assistance for injuries sustained in the explosions.

The BBC is reporting that investigators believe that the explosive devices consisted of “ball bearings packed inside something inside metal trash cans”. CNN claims that doctors are being forced to perform amputations on bomb survivors in order to treat injuries “normally seen on a battlefield.”

Foreign Minister Bob Carr said that his department were working tirelessly to make contact with each the Australians that were participating in the marathon, and were in contact with marathon organisers and local hospitals in an attempt to determine their whereabouts. He said that the government were hopeful that no Australians had been affected in the bombings.

Mr Carr said: “We know that home-grown terrorists have been a feature of life in Europe, the US and here. It’s legitimate to be concerned about the prospect that this does represent a domestic terrorist strike. If it turns out to have been a terrorist strike it would have been planned because it was a major national and international event.”

Prime Minister Julia Gillard offered Australia’s condolences to the families affected by the Boston bombings, saying that Australians had woken to scenes that were both shocking and tragic. She said that it would be some time before the full extent of the bombing’s impact was known, and that “these explosions have cast a long shadow over one of the world’s great sporting events.”

Boston Marathon officials confirmed that 23 326 athletes had run in the event, and that thousands were still on the track when the bombs exploded. Australian long-distance runner Robert de Castella, who won the Boston Marathon in 1986, was among many Australian athletes that were either participating in or attending the event.

Paralympian Kurt Fearnley was within 100m of the explosion after placing fifth in the marathon’s wheelchair event earlier in the day. Fearnley told The Daily Telegraph that he could not believe that the marathon, a highlight on the long-distance racing calendar, had been bombed.

Fearnley said: “We were all looking at each other and going, ‘Is it, it can’t be, maybe it is?’ Then we realised it was happening. It was horrible. We were eating and just stopped and looked at each other. It is hard to explain the feeling. I was almost numb. Then we just started to call everyone we could think of to find out if they were OK.”

New York based Australian Laura McFarlane told ABC Radio that she had been waiting for a friend at the finish line when one of the bombs exploded in a shop behind her. She said that there were chaotic scenes in the street directly after the explosion took place, with spectators running to assist those that had been injured in the initial blast.

McFarlane said: “We could feel the ground shake and we just turned to each other and said ‘that sounded like a bomb’. The resonance and the feeling beneath your feet was enough to know it was a massive explosion … it was scary. There were people just running towards the barriers that we were just standing opposite only a few minutes before to help people that had been basically mown down by these explosions. You could see all the smoke . . . the barricades were blown off.”

Many of the professional runners participating in the Boston Marathon were due to travel to the UK immediately after yesterday’s race in order to participate in the London Marathon over the weekend. London Marathon chief Nick Bitel confirmed that Sunday’s race would go ahead despite the events in Boston while the Metropolitan Police said that they will be reviewing the event’s security arrangements to prevent a similar attack taking place in London.

If you hold concerns for the welfare of an Australian citizen that may have been participating in or spectating at the Boston Marathon, contact DFAT’s 24-hour Emergency Contact Centre at 1300 555 135.