A former Catholic brother and pedophile, Bernard Kevin McGrath, facing 252 child sex charges in Australia, has been arrested after returning to New Zealand from Sri Lanka. 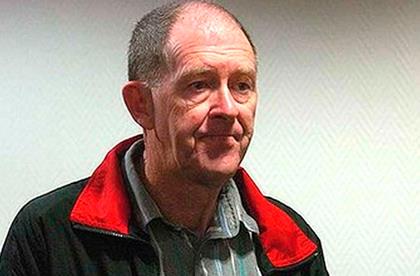 A FORMER Catholic brother and pedophile, facing 252 child sex charges in Australia, has been arrested after returning to New Zealand from Sri Lanka.

Bernard Kevin McGrath, a former St John of God brother appeared in Christchurch District Court on Monday over a warrant to extradite him to Australia to face charges laid in Newcastle in June.

The news was greeted with relief by the family of an alleged Australian victim who had feared McGrath would not return, Fairfax Media reports.

“It’s excellent news. This really is very good news and an enormous relief after all this time,” said the father of an alleged victim who reported sexual abuse allegations to police two years ago.

“We had been very much relying on what the police had been telling us, and they had been saying the matter was under control so it is good to hear he is back in New Zealand and has already appeared in court.”

McGrath, 65, was jailed for five years in New Zealand in 2006 for sexually abusing boys at Marylands School in Christchurch in the 1970s, and paroled in 2008.

When Christian met Sally – the match made by a pandemic

He is alleged to have repeatedly raped, molested and abused dozens of young boys at church-run institutions in the Newcastle-Maitland diocese of NSW during the late 1970s and 1980s.

He was arrested on Friday after arriving in Christchurch from Sri Lanka.

Earlier in the year he flew to Sri Lanka, which does not have an extradition treaty with Australia, despite the new charges being laid.

His lawyer Phillip Allan told the court he had chosen to return to New Zealand rather than stay in Sri Lanka knowing he would be arrested upon his return, the Christchurch Court News website reports.

He was bailed on strict conditions, including a ban on contact on children aged under 16 and from coming within 100 metres of a school, despite opposition from the Crown.

His passport has been surrendered to police and he will reappear in court on December 17. – AAP