Ecuador has given no hint on Julian Assange asylum: Carr

Ecuador has not given Australia any indication whether it intends to grant WikiLeaks founder Julian Assange asylum, Foreign Minister Bob Carr says. 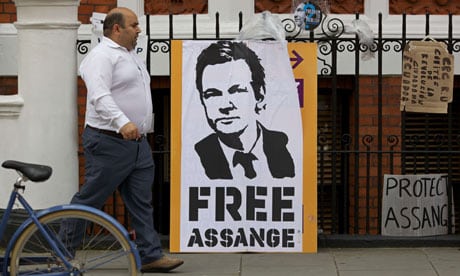 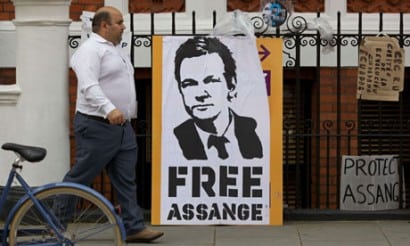 ECUADOR has not given Australia any indication whether it intends to grant WikiLeaks founder Julian Assange asylum, Foreign Minister Bob Carr says.

There are reports Ecuador could soon reveal its decision on Assange, who has been holed up in the country’s London embassy for nearly two months.

Ecuador in July said it would respond to the request after the Olympic Games in London – which wrapped up on Sunday UK time – and the country’s president, Rafael Correa, is due to appear on state television later on Tuesday.

But government officials have declined to say whether he will announce a decision at that time.

Senator Carr says Mr Correa has not revealed his hand to Australia.

“That’s a matter between him and Julian Assange,” Senator Carr told AAP on Tuesday.

“I’d just say again – if America were interested in Julian Assange they could have sought his extradition from the UK at any time in the last two years.

If Ecuador does grant Assange asylum, it will not be embarrassing for Australia, Senator Carr said.

“It wouldn’t be remotely embarrassing. It’s a matter between him and the Swedes.”

Assange sought refuge from Ecuador on 19 June to avoid extradition to Sweden, where he is wanted for questioning about allegations of rape and sexual assault.

The 41-year-old Australian fears he could be extradited to the United States from Sweden to stand trial for espionage over the leaked US diplomatic cables and military logs he published on his whistleblower website.

Mr Correa previously has expressed support for Mr Assange and WikiLeaks, and says his asylum application letter impressed him.

And he has vowed that his government will not yield to pressure from Britain, Sweden or the United States in deciding whether to grant asylum.

But even if Ecuador does grant Mr Assange asylum it is far from certain that British authorities would allow him passage out of the country.

Mr Correa has said he hopes to make a decision this week – saying he would consult advisers on Wednesday before deciding.

“Hopefully this week we will be able to make a statement on the matter,” he said. – AAP