A government investigation has found widespread use of banned drugs in Australian professional sport and links with organised crime. 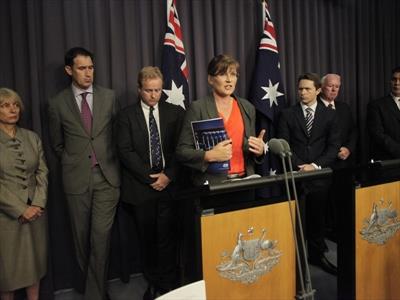 A YEAR-LONG government investigation has found widespread use of banned drugs in Australian professional sport and links with organised crime.

The Australian Crime Commission released the findings of a 12-month investigation into the integrity of Australian sport and the relationship between professional sporting bodies, prohibited substances and organised crime.

It said the links may have resulted in match-fixing and fraudulent manipulation of betting markets.

The key findings of the investigation identified widespread use of prohibited substances including peptides, hormones and illicit drugs in professional sport.

It said that in some cases players were being administered with substances that have not yet been approved for human use.

The ACC also identified organised crime identities and groups that are involved in the distribution of PIEDS (Performance and Image Enhancing Drugs), to athletes and professional sports stars.

The ACC report noted increasing evidence of personal relationships of concern between professional athletes and organised criminal identities and groups.

“The ACC has found that professional sport in Australia is highly vulnerable to infiltration by organised crime. Multiple athletes from a number of clubs in major Australian sporting codes are suspected of currently using or having used peptides,” Justice Minister Jason Clare said in a statement.

The report concluded that some coaches, sports scientists and support staff of elite athletes have orchestrated and/or condoned the use of prohibited substances.

Some sports scientists have indicated a willingness to administer substances to elite athletes which are untested or not yet approved for human use.

The ACC said illicit drug use by professional athletes was more prevalent than had been indicated by sports drugs testing programs.

The report found that organised crime had an expanding role in providing banned substances to athletes, and this was facilitated by some coaches and support staff.

The ACC has referred its findings of suspected criminal activity to the Australian Federal Police and state police forces.

The Australian Sports Anti-Doping Authority (ASADA) and other regulatory agencies will undertake more investigations on the basis of the findings.

Clare said one possible case of match-fixing was already under investigation, though he did not identify the sport.

“The findings are shocking and will disgust Australian sports fans,” Clare said.

Federal sports minister Kate Lundy said the government was moving to introduce tough new measures to crack down on the use of banned drugs and unethical behaviour in sport.

“Today is about the integrity of sport in Australia,” Lundy said.

“If persons of interest refuse to cooperate with ASADA investigations they will be liable for civil penalties,” she said.

The Coalition of Major Professional and Participation Sports (COMPPS) has agreed to several measures to assist the crackdown.

The Coalition represents all the major sporting organisations in Australia, including the AFL, NRL, FFA, ARU and Cricket Australia.

The individual bodies are to:

* Cooperate with ASADA and law enforcement agencies in a joint investigation.

* Call on their athletes to come forward and own up to wrongdoing and cooperate with investigators to possibly reduce sanctions.

* Have zero tolerance for any support staff involved in pedalling inappropriate substances and help ensure they are not employed in other codes. – AAP