Get more pounds for your dollar - the Aussie dollar has reached 68 pence, its highest level against Sterling since 1985. 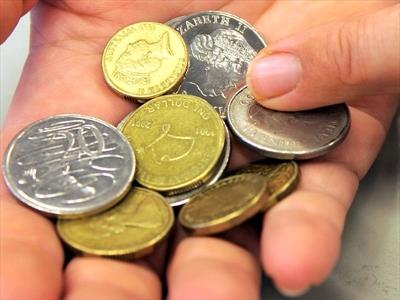 THE AUSTRALIAN dollar has reached 68 pence — its highest level against Sterling since 1985.  The Australian dollar has also been performing well recently against the US Dollar, the Euro and the Japanese Yen — reaching a four-year high of 97.7 Yen.

The resilient Australian economy differs sharply with the UK’s contracted economy.   Federal Treasurer Wayne Swan said in a statement on Wednesday that the Australian economy grew by 3.1% over the past year “far outstripping every major advanced economy and the vast bulk of the developed world”.

In contrast, the British Treasury’s average of independent economic forecasts showed 0.0% growth in 2012.  Last month, the Treasury forecasted 0.9% growth for 2013.  Yesterday, the British Chambers of Commerce, an independent business network, downgraded its growth forecast for 2013 from 1% to 0.6%.

At a press conference in Canberra on Wednesday, Mr Swan identified the mining boom as an important driver of growth.  The treasury’s latest National Account figures showed that exports were the largest contributor to quarterly growth and were increasing by 3.3 per cent.    Exports in coal and iron ore figured strongly as a result of the mining boom.

Mr Swan admitted that the high dollar weighed particularly on sectors such as manufacturing and was making life very difficult for many businesses and their employees in certain parts of the economy.

The UK is Australia’s third largest export market after China and the United States.  According to figures released by the Australia’s Department of Foreign Affairs and Trade on Tuesday, exports to the UK were worth $3.9 billion in 2011-2, down 2.2 per cent.  The UK was Australia’s second largest source of imports worth $5 billion.