Labor’s signature national disability care program will get $14.3 billion in new money to ensure it will be fully up and running on time. 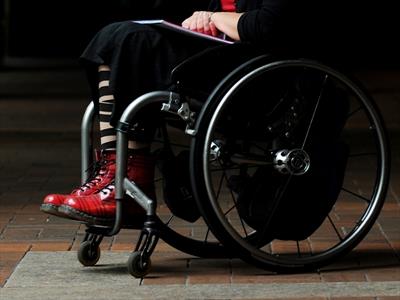 LABOR’S signature national disability care program will get $14.3 billion in new money to ensure it will be fully up and running on time.

A plan to secure a long term care plan for people with permanent and significant disability has “long been in our nation’s heart”, Treasurer Wayne Swan told parliament on Tuesday as he handed down the budget for 2013/14.

The new investment for the scheme, now known as DisabilityCare Australia, is part of a total of $19.3 billion over seven years to roll it out by 2018/19.

Some disability advocates had been expecting at least $9 billion over the forward estimates as proof the federal government was committed to the reform.

The scheme will cover 460,00 Australians when it’s fully operation – an extra 50,000 more than the previous government estimate.

“This budget will fully fund our share of DisabilityCare Australia, beyond the next decade,” Mr Swan said.

Every state and territory, bar Western Australia, has signed a deal with the Commonwealth to share the costs of a full disability scheme.

From July next year, all Australian taxpayers will pay a 0.5 percentage point increase in the Medicare Levy to two per cent, which will raise $20.4 billion over four years.

States and territory government will share in $9.7 billion of that money over ten years to help with their contributions to the scheme.

The scheme will also benefit from savings from government assistance for private health insurance, reforms of retirement income and the phase out of net medical expenses tax offset and other long term savings.

DisabilityCare launch sites begin in South Australia, NSW, Tasmania and Victoria from July 1, and in ACT and the Northern Territory from 2014.

National Disability Services Ken Baker said the investment responds to the chronic underfunding and a shortage of disability support services.

Disability Discrimination Commissioner Graeme Innes said for the first time in Australian history, disability was at the centre of the federal budget.

“For people with disability, that is a key result,” he told reporters.

Nationals Seniors chief executive Michael O’Neill said it was unfair that older Australians with disabilities over the age limit of 65 would be forced to rely on the user pays aged care system. – AAP