EXCLUSIVE INTERVIEW | On the 30 year anniversary of Terry Clark’s death at the helm of the Mr Asia syndicate, PAUL BLEAKLEY talks to his once right-hand man about the heroin trade, today’s ‘paper gangsters’ and what happens to criminals as they get old. 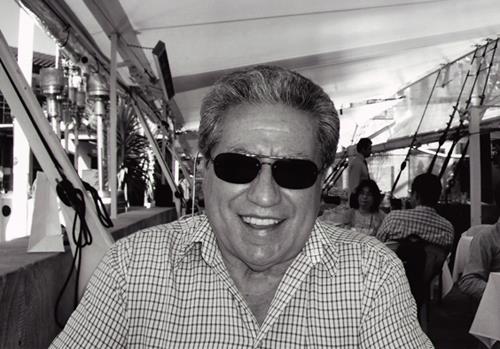 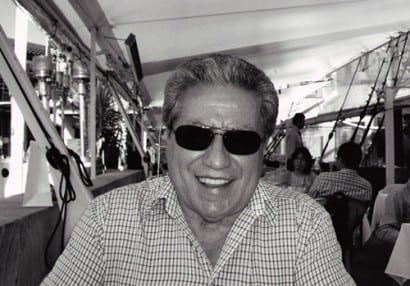 DIAMOND Jim Shepherd was on his way to London to kill drug trafficker and serial murderer Terry Clark when he discovered that his former associate had been arrested for murder.

Shepherd had spent most of 1979 looking for a way out of the Mr Asia syndicate, alarmed by the increasingly erratic and paranoid behaviour of Terrence John Clark. The drug tsar had bragged to Shepherd about the murders that he had committed, many of whom had been former friends or business partners. Clark’s spiralling cocaine addiction had only served to increase his paranoia, and Shepherd believed that he would be next on the hit-list.

A trip back to Australia confirmed Shepherd’s worst fears: his old friend, Australian criminal identity Bob Trimbole, told him that Clark had asked him to organise Shepherd’s death while he was in Australia. It was at that point that Shepherd made the decision to end Clark’s murderous rampage once and for all: he would go back to Clark’s base in London and beat him to it.

Shepherd says that he had made the decision to kill Clark because he refused to spend the rest of his life looking over his shoulder, waiting to be murdered. Shepherd told Australian Times that he would not have given Clark a chance to defend the allegations made against him upon returning to London, surprising Clark by killing him before he had the chance to murder Shepherd himself.

“I do not have a problem with killing people who are trying to kill me.”

Shepherd told Australian Times: “I was not going to London to confront Clark. I was heading back there to do to him what he was trying to do to me. There would have been no discussions. I do not have a problem with killing people who are trying to kill me. Most people, whether you are a criminal or not, if forced to make a choice between killing someone or being killed themselves, will take the latter choice. Self-preservation is a great motivator.”

Shepherd was a career criminal in New Zealand before signing up with Marty Johnstone, and later Terry Clark, as an associate of the Mr Asia syndicate. He says that it was his underworld credibility and criminal connections that allowed Clark to access Australia’s largely untapped drug market and obtain protection from corrupt members of the legal community. Shepherd remained by Clark’s side throughout the syndicate’s time in Australia, surviving where other associates like Greg Ollard, Julie Theilman, “Pommy” Harry Lewis and Doug and Isabel Wilson did not.

According to Shepherd, he and Clark were able to cultivate the relatively small-scale drug trade in Australia after their arrival in the country in 1975 by providing a quality product that was able to force other suppliers out of business. He says that future research into the drug trade will pinpoint Clark’s brief reign at the top as “the genesis for all the drug dealing we see today”.

Shepherd said: “When Clark first started in Australia, there was a market but not a large one. He developed through people like me, the drug markets that we see today. It took about six months for Clark to set up his markets, but once he did, the heroin market really took off. By being able to supply his dealers with a constant supply of high grade product, Clark was able to capture complete market share. If you are a dealer, a constant supply of top quality heroin – which is what Clark was able to supply – is a licence to print money. Any opposition was buried by Clark’s ability to do this through his dealers.”

When Clark left Australia for London, fleeing the increasing police pressure after the discovery of Doug and Isabel Wilson’s bodies in 1979, Shepherd followed and attempted to help Clark expand the syndicate’s drug trafficking operation into the British market. He says that Clark was “very serious” about taking over the British markets that his associate Marty Johnstone had set up, and that they had made significant progress in the months before Clark’s arrest.

“He, Clark, had delusions of taking over the London markets. Whilst drug crazed criminals are dangerous, they are not nearly as dangerous as clear thinking, drug free criminals of a similar ilk.”

Shepherd said: “They moved a fair bit of product over there during a short period of time. He, Clark, had delusions of taking over the London markets. Whilst drug crazed criminals are dangerous, they are not nearly as dangerous as clear thinking, drug free criminals of a similar ilk.”

Shepherd was in Hong Kong when he saw the headlines proclaiming that Clark had been arrested for Marty Johnstone’s murder. Instead of going back to London, he flew to the United States of America where he remained until his extradition to Australia in 1985. He served fourteen years of a twenty-five year sentence in prison, ultimately released in 1998.

Terry Clark died in HM Prison Parkhurst thirty years ago, in 1983. While the official coroner’s report claims that he had died as the result of a massive heart attack, Shepherd believes that Clark was murdered. He claims that Clark had been vocal about selling heroin to members of the IRA, a firmly anti-drug organisation that would have had the opportunity and the motive to murder the New Zealand drug lord.

Shepherd says that “old style” criminals like him have largely been killed off by the impact of drugs as the primary source of income in underworld circles. He refers to young criminals as “paper gangsters” and says that they “are not a patch on the guys (he) knew growing up or later associated with.”

Shepherd said: “Criminals evolve organically. In my case I started off as a petty thief, evolved into a safecracker and armed robber, then on realising in my thirties how much money was available in drugs, became involved in drug dealing. Most of the active old style criminals I know today, are all involved in drugs. Money, large amounts of money, that is what does it.”

“We were a nasty group of individuals”

Now in his seventies, Diamond Jim Shepherd is brutally honest about his past career as a drug trafficker. Shepherd, who still holds the record for the most heroin sold in Australia, is very clear that he wants people to understand that he and the other members of the Mr Asia syndicate “were a nasty group of individuals”.

Looking back on his tumultuous years with the Mr Asia syndicate, Shepherd told Australian Times: “I remember having a drink a few years ago with another old, notorious criminal and he asked me the rhetorical question…”What happens to old crims like us Jim?” I said mate we either end up dead, in prison serving a long sentence, or someone writes a book about us! So far I have avoided the first two and decided to write the book myself.”