Coalition will ‘speak with a strong Australian accent’ says Abbott 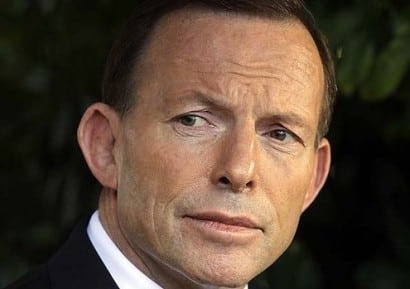 It is suggested that the comments were directed at McTernan, a former adviser to British Prime Minister Tony Blair and the person credited with bringing a more aggressive approach to the government’s media strategy since joining Gillard’s staff in 2011.

Abbott said: “One thing which we never do in the Coalition is import political techniques and political personnel from other countries. We just don’t believe in imported politics. We believe in a strong, home-grown policy. We believe in strong local candidates. That’s what you’ll always see from the Coalition under my leadership. We will always speak with a strong Australian accent.

“What I do want to get away from though is the deeply negative politics which I think some of my opponents are trying to import from the United Kingdom and the United States.”

The Opposition Leader, born in the United Kingdom himself, deviated from traditional political protocol in singling out a non-elected member of the Prime Minister’s staff for criticism in a public forum. It is standard etiquette within the Australian political community to hold members of parliament responsible for the behaviour of their staffers rather than addressing individuals directly.

Shadow assistant treasurer Mathias Cormann, a Belgian-born Liberal MP with a notable accent, defended Abbott’s statement earlier today claiming that it was political views that the Liberal Party would avoid importing rather than prohibiting migrants like Cormann or McTernan from becoming involved in the political process.

Cormann told News Limited: “As a migrant I look forward to being part of an Abbott Coalition government that will take a very Australian approach to Australian issues in an Australian way. I totally agree with Tony Abbott that we don’t want to import into Australia the negative Labor ways of conducting political and policy debates from overseas.”

Despite having only worked as Gillard’s Communications Director since 2011, McTernan has been involved in Australian politics since 2007, consulting on the Australian Labor Party’s successful federal election campaign shortly after leaving his role as Director of Political Operations at 10 Downing Street.

McTernan, labeled ‘Gillard’s brain’, has been credited as the mastermind behind several of the government’s more successful political maneuvers including the elevation of Peter Slipper to the role of Speaker in 2011 and the Prime Minister’s prominent parliamentary attack on misogyny and sexism last October.

Abbott’s comments regarding McTernan were made in response to a speech delivered to the Australian Workers’ Union by Wayne Swan, in which the Treasurer described the Liberal Party’s political philosophy under Abbott as having been inspired by the conservative Tea Party movement in the United States of America.

Swan said: “”We must reject the callous Tea Party-inspired ideology which says ‘you’re on your own’, and instead agree that ours is a country that takes care of its own. Just as the Tea Party has annexed sections of the Republican Party in the United States, here in Australia we are now witnessing an alarming radicalisation of the Liberal Party.”