The federal opposition is not conceding the carbon pricing scheme is a done deal, as Prime Minister Julia Gillard and her ministers cross the nation talking up the plan. 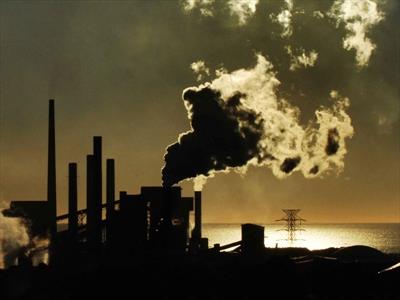 A day after unveiling her plan to put a $23 a tonne price on carbon from July 1 next year, Ms Gillard headed to the marginal Labor seat of Lindsay in Sydney’s west to sell tax cuts and pension rises benefiting nine out of 10 households and emphasise the need for climate action.

While key independents and the Australian Greens have said they will support the scheme, parliament is not expected to vote on legislation until later in the year after at least one public inquiry.

The final package includes two measures not backed by the Greens on the government’s multi-party climate change committee – $1 billion over three years for the coal and steel industries, and a $510 million a year fuel tax on heavy transport from 2014, opposed by independent MP Tony Windsor.

Another independent MP on the committee, Rob Oakeshott, sounded a note of caution.

“We are no further advanced than the (Rudd government) got to (with the shelved carbon pollution reduction scheme) and failed three times, so the next three months are the most important and critical part of this,” he told ABC Television.

“I am confident there is majority support in the lower house and upper house.”

But Senator Brown said he wouldn’t consider coal industry assistance in the same way, saying the Greens’ position “is not to support the most polluting coal mines”.

Visiting the NSW coal mining seat of Hunter, Opposition Leader Tony Abbott said industries such as coal and steel had received “a stay of execution (but) not a permanently good deal”, and there was a long way to go to convince voters of the scheme’s merits.

“I don’t think you can assume it will get through the parliament,” Mr Abbott said, adding there were a lot of Labor members who were very unhappy.

But six Labor MPs from industrial seats said in a joint statement the carbon package had the support of all government MPs “including those with coal, steel, aluminium and manufacturing in their electorates”.

“Labor members successfully fought to support our local industries and to protect jobs,” the members said, adding that Mr Abbott would scrap the assistance if elected to office.

Ms Gillard said she had a “lot of explaining to do” in the months ahead, but overwhelmingly Australians wanted action on climate change and the cheapest way to address it was to put a price on carbon.

“I had to make choices about who needs assistance the most,” she said, adding that the carbon price in its first year would only add about 0.7 per cent to the cost of living.

Asked if he was worried about losing his seat, Lindsay MP David Bradbury said: “There are consequences in politics.”

But he said a carbon tax was necessary for his children’s future.

Nationals senate leader Barnaby Joyce said the coalition would push for a lengthy inquiry into the scheme.

“I hope we get a chance to look at this massive new broad-based consumption tax delivered to you via the power point in your house,” Senator Joyce told reporters in Canberra.