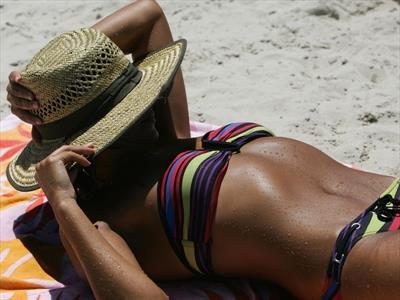 THE last time the world’s average monthly temperatures were falling was in February 1985 when Back to the Future was the hit movie in cinemas.

Since then, there have been 333 consecutive months of rising average temperatures globally, ecological economist Professor Jeremy Williams says.

“The chances of that happening randomly is one in 100,000,” Prof Williams, from Griffith University in Brisbane, told AAP.

“If you’re 27 or younger, rising monthly temperatures is all you’ve ever known.

“If it is 42 degrees in Hobart, there is something seriously wrong. Climate change is here now.”

“While this upward trend continues we have to face the inevitable prospect that there will come a point when societies will not be able to function effectively.”

He said a hotter world will have major impacts, including a reduction in workplace productivity, increased energy consumption as more people flick on airconditioners, and more people dying from heat stroke.

However, he believes there is a chance for humans to put the brakes on climate change.

He advocates the use of financial incentives by governments to encourage people to change their energy consumption, sustainable business practices and a strong move away from fossil fuels to renewables.

Emergencies have in the past resulted in major changes such as during World War II, he said.

“The Americans went from being not terribly interested in the war to being very interested after the bombing of Pearl Harbour,” he said.

“In the space of three years they completely restructured their economy for the war effort.

“If governments around the world realise we are in fact in the middle of an emergency it is quite possible to see change.” – AAP