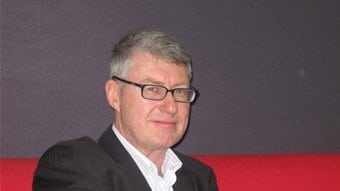 AUSTRALIAN author, historian, publisher and documentary maker Dr Tony Moore will be in London next week to discuss Australia’s century-long bohemian tradition. Guest of the ALP Abroad, Dr Moore will explore the generations of larrikin Australian artists who have swelled an expat creative community in London and investigate the crucial place of rebel artists in radical politics.

“Dr Moore’s talk will focus on the fertile and often vexed engagement of Australian bohemian ‘cultural activists’ in politics, especially on the left, spanning Henry Lawson and the founding decades of the ALP, through the pro-communist modernists and anarchist libertarians of the mid twentieth century through the counter-cultures, the rise of identity movements, Peter Garrett and Wikileaks.

“The other theme will be the important role of the expatriate communities and travel in globalizing Australian bohemianism, especially in London, spanning painter Charles Conder in the 1890s, the hippy trail exodus of the 1960s, the Oz trials of ’71, Humphries ‘Bazza’ McKenzie satire and exiled postpunk bands of the 1980s like the GoBetweens.”

Speaking on Monday (23 July) at the The Blue Posts pub on Rupert Street in Soho, Dr Moore will also discuss his new book – Dancing with Empty Pockets.

“Dancing with Empty Pockets is a celebration of Australia’s most creative and iconoclastic bohemian artists from Marcus Clarke and Dulcie Deamer to the Yellow House and the Chaser, and an examination of how our counter cultures have changed the way we live,” Dr Moore explained to Australian Times.

“For more than 150 years in Australia, networks of creators — painters, writers, larrikin journalists, actors, filmmakers, comedians and hackers — have become as famous for their controversial, eccentric lifestyles as for the subversive work they produced.

“In nineteenth-century Europe, the word ‘bohemian’ conjured the primitive, exotic and mysterious power of gypsies and was soon adopted by renegade writers and artists.”

Dr Tony Moore is Director of the National Centre for Australian Studies at Monash University. Join him for a beer and a chat at The Blue Posts pub on Monday (23 July).