Foreign Minister Bob Carr will have his first meetings with the who's who of world leaders during a tour of the US and Europe. 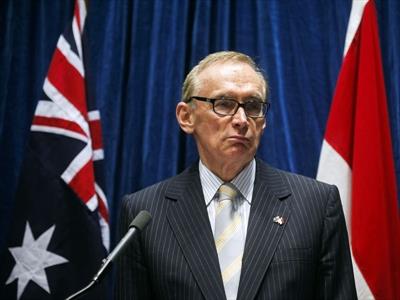 FOREIGN Minister Bob Carr will have his first meetings with the who’s who of world leaders during a tour of the US and Europe.

Senator Carr, who became foreign minister in March, left on Monday for bilateral and multilateral meetings at the United Nations and in the US, UK, Belgium, Malta and Turkey.

Senator Carr says he is a strong believer in the UN and the need for Australia to contribute to its work.

“That is why I am visiting New York at the beginning of my term as foreign minister to demonstrate my personal commitment and that of the Australian government to the United Nations,” he said in a statement.

He will contribute to the UN debate on disaster risk reduction.

In the UK, Senator Carr will attend the Commonwealth Ministerial Action Group meeting (CMAG) and meet his UK counterparts.

He will also catch up with Defence Minister Stephen Smith in Brussels for the International Security Assistance Force meeting on Afghanistan.

Senator Carr will return to Australia in late April. – AAP