Captain Cook Museum under threat as Aussies fail to donate

The Captain Cook Memorial Museum in north England dedicated to the memory of Captain James Cook has revealed it is facing questions over its continued viability after its annual fundraising drive fell well short of the target necessary to preserve the facility which holds collections related to the explorer’s life and career achievements. 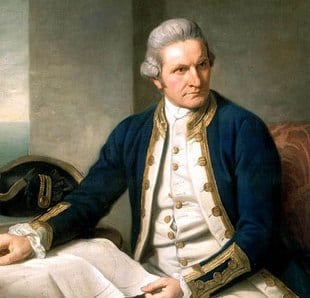 THE MUSEUM in north England dedicated to the memory of Captain James Cook has revealed it is facing questions over its continued viability after its annual fundraising drive fell well short of the target necessary to preserve the facility which holds collections related to the explorer’s life and career achievements.

The Captain Cook Memorial Museum, located in Whitby, is situated in the 17th Century cottage where the sea-farer that ‘discovered’ Australia lodged while training as an apprentice seaman in the town’s famed fishing port 265 years ago. Last year marked the 25 year anniversary of the museum’s operation, in which time it has been visited by over half a million people from 80 different countries.

The museum launched an appeal to raise a minimum of £100 000 in order to maintain the up-keep of the cottage and enable museum staff to continue to operate the facility as an educational insight into the life of one of the United Kingdom’s most prolific adventurers, whose discoveries contributed significantly to the development of the British Empire in the 18th Century.

Despite a considerable push for donations, the Captain Cook Memorial Museum has received less than half of the funding required to remain in operation. The organisation has established a fundraising target of £1 million over the next ten years, however the poor outcome of the appeal in 2012 has placed a cloud over the museums continued ability to function.

While the museum has attracted donations from international benefactors from countries including Japan and the United States of America, it has yet to receive a single donation from Australia. The organisation is appealing to the federal government and High Commissioner Mike Rann for support in their attempts to maintain the historical memorial to the man whose discovery of Australia is memorialised on January 26.

Chairwoman of the museum trustees, Dr Sophie Forgan, has encouraged patriotic Australians to spare a thought for their organisation and contribute to the maintenance of Cook’s legacy this Australia Day.

The museum attracts about 23 000 visitors each year, a significant figure for a historical attraction located in a relatively rural area of the north-east. It is exclusively staffed by volunteers, and the organisation claims that 93p from every pound donated goes directly into the preservation of the museum’s historical collections.

Sites associated with Cook are located throughout the United Kingdom including The Angel pub, situated on the Thames River at Bermondsey. It was here that Cook planned his voyage to Australia while his ship the HM Bark Endeavour was refitted for the voyage at dry dock in Deptford.

Donations may be made to the Captain Cook Memorial Museum by visiting www.quartercenturyfund.org.uk. The museum is open to the general public from February 16 until November 3, while groups of visitors are able to schedule private bookings during the winter months.