Budget will balance in two years, at cost to baby bonus and benefits

Treasurer Wayne Swan’s federal budget has mapped a path to surplus that has required some cuts that could anger families and business. 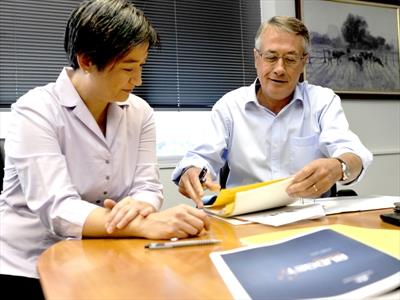 THE LABOR government will balance the federal budget in two years, while funding big pre-election promises on disability care, schools and roads.

The fiscal goal comes at a cost, with Treasurer Wayne Swan abolishing the “unsustainable” baby bonus for new parents, scrapping some family benefits, deferring tax cuts, cracking down on corporate tax breaks and loopholes and raising the Medicare levy.

Mr Swan’s sixth budget handed down in Canberra on Tuesday projects a higher-than-expected deficit of $19.4 billion for this financial year, followed by a shortfall of $18 billion in 2013/14.

He defends Labor’s economic credentials and blames challenging global conditions and the high Australian dollar for a “savage” $60 billion hit to tax receipts over four years while trumpeting $43 billion worth of savings.

The government has decided to delay the return to surplus so it can support jobs and growth, and set the funding course for the multi-billion dollar national disability care scheme and schools funding programs ahead of the federal election in four months, which the opinion polls say Labor could lose.

“Just because the global economy took an axe to our budget does not mean we should take an axe to our economy,” Mr Swan told reporters inside the budget lock-up.

Labor’s big spending includes $14.3 billion for DisabilityCare Australia, which by 2018/19 will support 460,000 people with severe and permanent disabilities, and part funded by a rise in Medicare levy to two per cent.

There will also be $9.8 billion for new school funding, $24 billion extra for road and rail projects over 10 years, while health funding will rise to a record $64.6 billion.

Labor also aims to push the budget to a slim surplus of $800 million in 2015/16 and deliver a $6.6 billion in surplus the following year, which should reassure the global credit ratings agencies.

Among the savings is a $2.4 billion plan to axe the baby bonus from March 1 next year and replace it with a $2000 Family Benefit Part A payment for the first child, or $1000 for the second or subsequent child – which will cut out for those on household incomes above $110,000, while a crackdown on company tax loopholes will reap $4.2 billion.

Other initiatives include allowing Newstart recipients to earn more than $1000 more a year and a pilot program to allow pensioners to downsize their home without losing money.

Smokers will cough up an extra seven cents a pack from early 2014, and pay more in coming years as excise and duties are linked to incomes not the consumer price index.

While the jobless rate is set to average 5.75 per cent in 2013/14, it will still be better than most other Western industrialised countries.

But economic growth – at three per cent or under over the next few years – is less than robust.

“Whether the government has a surplus or a deficit, community expectation is for the delivery of services and investment in our community infrastructure like health and education,” he said in a statement.

He said the government had to make some tough decisions to commit to a national disability scheme, education funding reforms and progress on the Murray Darling Basin plan, the national broadband network and the Royal Commission into the responses into child sex abuse.

However, he said “middle class welfare and other handouts” had become an expectation and he was sure removing some benefits would be met with anger.

“I would however remind people that the government has to make some tough decisions particularly when times get tough,” he said. – AAP