A dingo has been put down by authorities in Australia after stealing a bag containing thousands of dollars of cash and jewellery from a British tourist. 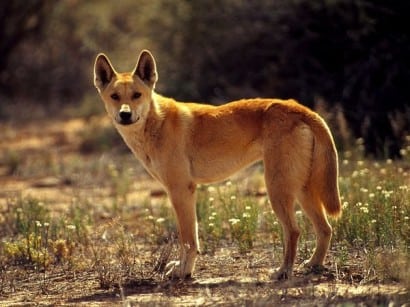 A DINGO has been put down by authorities in Australia after stealing a bag containing thousands of dollars of cash and jewellery from a British tourist.

The 58-year-old woman was sunbaking on Jimmys Beach, north of Newcastle on Australia’s east coast, last Wednesday, when fellow sunbathers warned her of the approaching dingo.

The bag contained cash, valuable antique jewellery and lollies. Beachgoers photographed the animal as it ran off into the nearby dunes carrying the bag.

Park rangers have said the dingo, distinguishable due to having one predominantly white leg, had been the subject of numerous complaints over the past three months. 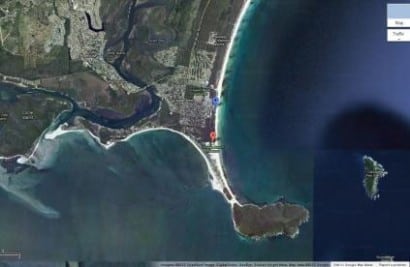 “It was established that this animal had been the subject of numerous complaints in the prior three months, jumping onto barbeques in the van park and approaching and stealing things from people.

“The offending dingo was located and euthanised with a single rifle shot.”

Councils’ Investigations and Prosecutions officer Greg Pevitt told the ABC it is becoming common to see dingos moving from nearby national parks onto privately owned lands.

“We do have this type of problem on a regular basis where the Hawks Nest area is bordered by the National Parks to the south and to the Mungo Brush national park to the north.

“The national parks have a breeding wild dog population and the parks can’t sustain the amount of dogs that continue to breed, so they stray out of the area onto private land.

“We’ve just had a wild dog eradication program about six weeks ago, but the difficulty with this one is it slipped through the net.

“Once they are in the village area and get used to not fending for themselves, just feeding off barbeques and picnic areas, then they don’t go back into the National Park.”

Police have found no trace of the bag or its contents.