Foreign Minister Bob Carr has dismissed reports he made a diplomatic gaffe during a meeting with US presidential candidate Mitt Romney. 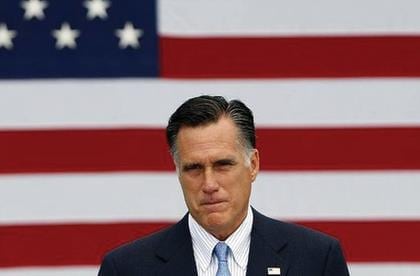 Foreign Minister Bob Carr has dismissed reports he made a diplomatic gaffe during a meeting with US presidential candidate Mitt Romney.

Associated Press (AP) reported on Monday that Senator Carr suggested to Mr Romney that the US could improve the perception of foreign leaders that America was “in decline” with one budget that helped to balance the books.

He met the former Massachusetts governor at a San Francisco hotel on Sunday, local time.

But Senator Carr said reports suggesting his comment was a criticism of the US economy were wrong.

He said his exact comment to Mr Romney was: “America is just one budget deal away from ending all talk of America being in decline,” Senator Carr said in a statement on Monday.

Senator Carr said his comment was in praise of US economic strengths.

“That will be seen as unwelcome intervention into the US presidential election,” she said.

Senator Carr is the first senior Australian official to hold a meeting with Mr Romney since he became the presumptive Republican presidential nominee.

The pair also exchanged views on their nations’ alliance, with Mr Romney indicating that Australia has no firmer friend than the US.

Mr Romney hopes to win the US presidency from Mr Obama in the November general election.