A new poll shows the federal Liberal-National coalition may have over-reached in its attack on Prime Minister Julia Gillard over the Australian Workers' Union "slush fund" affair. 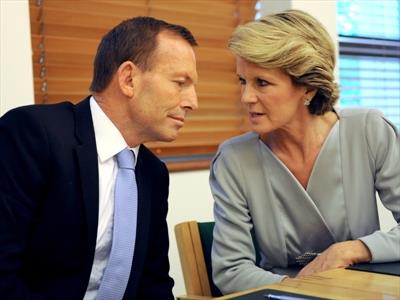 A NEW poll shows the federal Liberal-National coalition may have over-reached in its attack on Prime Minister Julia Gillard over the Australian Workers’ Union “slush fund” affair.

The Essential poll released on Monday found 49 per cent of voters believed the opposition had “poorly” handled the matter, while only 20 per cent rated the coalition’s performance as “good”.

In contrast, 39 per cent of people said Ms Gillard had handled it well, compared to 35 per cent who described her performance as “poor”.

Asked about the impact of their view of the prime minister, 59 per cent said it made this more positive or no different, while 38 per cent said they now had a more negative view.

The issue of how Ms Gillard as a lawyer 20 years ago helped two union officials to register an association later allegedly used to siphon funds was a popular news story.

Sixty per cent of voters said they had read or heard “a lot” or “some” about the issue.

The Essential poll put Labor’s primary vote one point higher than last week, at 37 per cent, with the coalition 10 points ahead.