AOC president John Coates has conceded Australian sports international reputation has been tarnished by the ACC report into doping and the recent Stilnox swimming scandal. 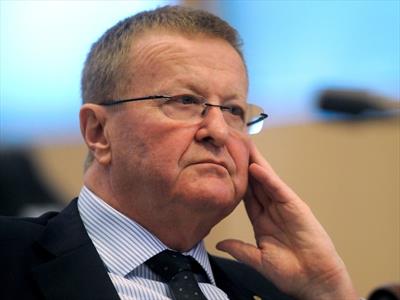 Coates said the report was a hot topic of discussion when he attended a recent International Olympic Committee meeting in Switzerland, at which he was at pains to point out the ACC investigation focussed principally on the AFL and NRL football competitions.

“In Lausanne, I certainly had a lot of questions and some explaining to do,” Coates said.

The top administrators from the AFL, NRL, Football Federation Australia and Cricket Australia presented a united front in response when the ACC report was released last month, though only AFL and NRL came up for specific mention in it.

“We congratulate the professional sports on their approach, but we are not naive enough to think there won’t be Olympic sports involved at some stage,” said Coates.

“We have explained ourselves … but it is probably more the public that have those concerns.”

“I’m not prepared to bag it (the ACC report) until we know more,” said Coates.

“My attitude to all this is that we very much welcome co-operation between ASADA, customs and the ACC.”

The AOC had banned the Australian Olympic team from using the sleeping drug, though it is not a performance-enhancing substance on the WADA list.

“Stilnox is not a prohibited drug but the unwashed public out there tend to group it all together and view it as the same,” Coates said.

“But for me the swimming issue is more a behavioural disappointment.”

Coates suggested Australia’s ability to punch above its weight as an international competitor meant the country had a target on its back when it came to doping issues.

“I bet there are a lot of people in England and whatever .. our friendly competitors who are salivating,” he said.

“There may be questions because we do shoot above ourselves.” – AAP