UKFOREX DAILY MARKET COMMENTARY | Overnight the AUD was initially well supported as the minutes from the most recent RBA meeting came broadly in line with market expectations. 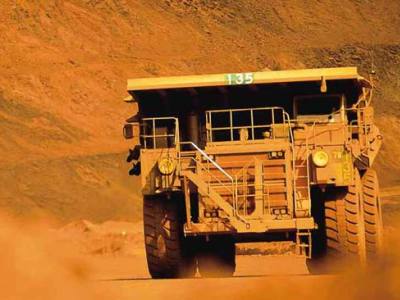 The AUD/USD pair started the week on the back foot yesterday, selling off to a low of 1.0562 during mid-afternoon trading before bouncing to a high of 1.0620 as U.S. equities and bond yields hit their highs and the greenback sold off across the board.

GBP/AUD broadly tracked the moves in AUD/USD, reaching a lunchtime high of 1.5033 before falling lower as the AUD recovered some of its earlier losses in the more risk positive environment.

GBP/NZD was pretty quiet, trapped in a 1.9200-1.9250 range with little impetus for a break in either direction.

Overnight the AUD was initially well supported as the minutes from the most recent RBA meeting came broadly in line with market expectations, asserting the appropriateness of current rates, and the Conference Board’s leading index rebounded to 1.1% from -0.3% last.

AUD strength wasn’t to last however, as BHP Billiton, the world’s largest miner, warned that iron ore demand from China was flattening. This news combined with weakness in regional bourses sent AUD/USD tumbling to a low of 1.0524, a move that has also dragged the NZD down also. Subsequently GBP/AUD and GBP/NZD open higher this morning, at 1.5066 and 1.9331 respectively.

Despite a slow start during London trading, sterling continued its move higher against the greenback as cable broke through resistance at the key 1.5860 level (the pair’s 200-day moving average) during early New York trading, trading to a high of 1.5914 before consolidating lower.

The break higher for the pound couldnt be attributed to any economic releases, of which there were none from the U.K. on the day, but rather a broad slump in the USD as the trading day wore on – akin to its price action on Friday. In a bout of profit taking the Dollar Index (a gauge that tracks the price of the USD versus its six major counterparts) was forced to a one week low as investors pared back some of their long USD positions from last week, in particular the USD/CHF pair was sold aggressively, triggering stop losses and pushing the USD lower against the EUR and GBP.

Overnight cable has remained bid ahead of this morning’s UK inflation reading for February which marks the first hurdle this week for sterling, although we expect few surprises this morning with the rate of inflation set to fall further in line with Bank of England estimates. That being said, if we get a higher print than the market consensus of 3.3% y/y this could be deemed a GBP positive against the backdrop of better U.K. data that we have seen recently.

In terms of economic releases from the U.S. we have some housing data, although more attention will be paid to Treasury secretary Geithner and Fed Chairman Bernanke who are due to hit the wires later this afternoon. GBP/USD opens this morning 1.5876

The 17-nation currency finished the day higher against both the USD and GBP yesterday, as shorts in the single currency were squeezed out in early New York trading.

Euro supportive factors on the day included a strong Euro zone current account figure and M&A chatter related to the UPS takeover of Dutch competitor TNT for a reported EUR 5 billion, but broad USD weakness was the main reason behind the move higher in EUR/USD as it broke through resistance at its 21 and 100-day moving averages before topping out at 1.3266.

We saw EUR/GBP sell off during early London trading yesterday, but the pair bounced off well documented bids in the 0.8280 (1.2077) region before being dragged higher by a rallying EUR/USD pair and reaching a high of 0.8343 (1.1986) where selling interest capped any further gains.

There is little in the way of economic data from Europe today, with investors mindful of the PMI’s due out on Thursday and so we expect position squaring to continue to have a say on the direction of EUR/USD today. The fate of EUR/GBP largely depends on the UK inflation data that’s set for release this morning, with an above consensus figure likely to send EUR/GBP back down to test resistance in the 0.8280/85 region. GBP/EUR opens this morning at 1.1996.