The federal government is expelling two Syrian diplomats from Australia following a massacre in the town of Houla. 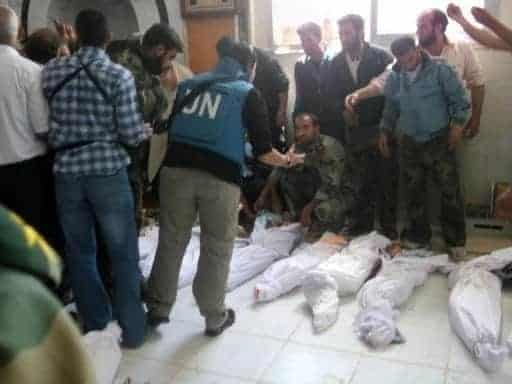 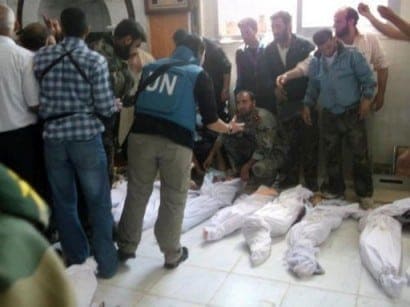 THE federal government is expelling two Syrian diplomats from Australia following a massacre in the town of Houla.

Foreign Minister Bob Carr says Syrian Charge d’Affairs Jawdat Ali and another diplomat have been given 72 hours to leave the country.

The diplomats were advised on Tuesday.

The move follows the Assad regime’s artillery attack on Houla, which is believed to have killed 108 people and injured 300.

Senator Carr called the massacre a “hideous and brutal crime”.

“The Syrian government can expect no further official engagement with Australia until it abides by the UN ceasefire and takes active steps to implement the peace plan agreed with Joint Special Envoy Kofi Annan,” Senator Carr said.

UN officials say 49 children and 34 women were among those killed in Houla.

Between 10,000 and 13,000 Syrians have been killed since an anti-Assad uprising erupted last year. – AAP