While WikiLeaks founder Julian Assange is living overseas, there's only so much the Australian government can do to fight any extradition to the US, Attorney-General Nicola Roxon says. 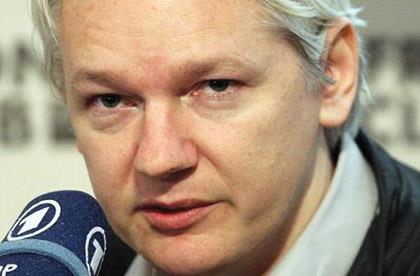 While WikiLeaks founder Julian Assange is living overseas, there’s only so much the Australian government can do to fight any extradition to the US, Attorney-General Nicola Roxon says.

If Mr Assange was living in Australia, he would be able to follow the usual judicial and parliamentary processes to fight extradition.

But as he is living abroad, the government’s hands are largely tied, Ms Roxon says.

“If Mr Assange isn’t in Australia, the fact that he’s an Australian citizen doesn’t give us rights to intervene in the same way in the legal process,” Ms Roxon told Sky News.

“Of course we would continue all the diplomatic representations … Mr Assange is entitled to all of that full protection in the way any other Australian citizen is.

“But he’s actually not entitled to more than any other Australian citizen is either. That’s the balance that has been a little lost here.”

Mr Assange is holed up in Ecuador’s embassy in London and is seeking asylum in the South American nation to avoid extradition to Sweden, where he is accused of sexual assault.

He fears being extradited to the US to face charges over WikiLeaks’ release of masses of US military and diplomatic documents into the public domain.

Ms Roxon, who has faced personal criticism for the government’s perceived inaction, says the Australian public needs to moderate its expectations of what the government can do for Mr Assange.

“I think people are just a little bit misguided about what our role is here and what we can do. Passions run very high on Mr Assange’s case,” she said.

“I don’t see him as a hero or a terrorist. I see him as someone who did something he believes in.

“But the bottom line here is if you travel overseas, you are subject to the laws of other countries.

“And if you get in trouble with the laws of other countries, we can help you on a consular basis, but we can’t actually interfere in another (country’s) legal process.”