by Simon Kleinig
in News 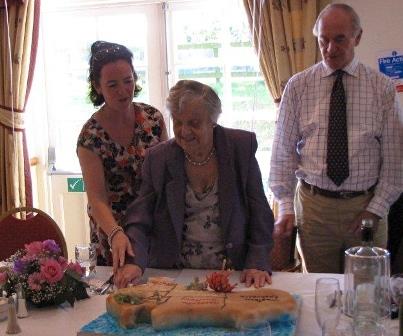 One hundred years is a long time for anyone to look back over. When Hazel Crockett was four she remembers her two uncles calling at home to say goodbye, on the eve of their excited departure for World War One. Hazel’s uncles never returned. One was killed on the fire-raked slopes of Gallipoli, the other fell in Flanders Fields and is buried near Ypres in Belgium.

Fast-forward to 7 August 2011. Hazel Crockett has just celebrated her 100th birthday. And she did it in style, befitting the occasion. One hundred and twenty family and friends, joined Hazel at Milford-on-Sea for a special birthday party. A number of family and friends even made the long journey from Australia just to spend the day with Hazel.

Hazel received birthday greetings from some very important people. Her Majesty The Queen sent Hazel a congratulatory birthday greeting, as did the Princess Royal and Prime Minister David Cameron. The Prime Minister of Australia, Julia Gillard, sent Hazel a birthday greeting, and best wishes also were received from the Governor-General of Australia, Her Excellency Quentin Bryce AC. The Presidents of Rotary International and Save the Children completed a long list of well wishers. The President of London Legacy, Lindsay Birrell, read out a special birthday message from The Australian High Commissioner, His Excellency John Dauth AO LVO. President Lindsay also explained that Hazel remains the oldest Legacy widow living outside of Australia.

Hazel Crockett (nee Grant) was born in 1911 at Bendigo in north-west Victoria. When Hazel was six her family moved to the small gold town of Daylesford, set in the rolling foothills of the Great Dividing Range. Hazel’s husband, John Crockett, was born in Daylesford, where the couple were married in 1938. During World War Two John served as a navigator on Sunderland Flying Boats with 228 Squadron, based at Pembroke Dock in south-west Wales.

After the war John and Hazel lived in Barham and Finley in the Riverina district of NSW, before settling in Cobram. Here, beside the broad flow of the River Murray, close to the border of NSW and Victoria, they immersed themselves in a number of civic activities. John was particularly active in Rotary, whilst Hazel devoted herself to Save the Children. At her 100th birthday party, Hazel presented one of the hundreds of rag dolls she made for the charity to the youngest guest, an infant almost 100 years younger than herself. 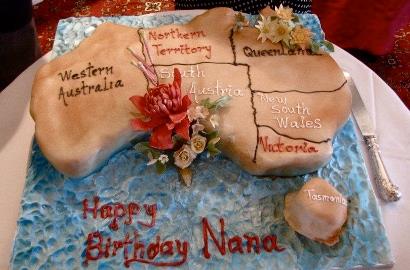 After John’s death in 1995, Hazel moved to England to be with her daughter, Margaret and her family. On her arrival in 1996 London Legacy offered their assistance, when and where required. Hazel’s 100th birthday was a happy celebration toasted with speeches, fine champagne and good food. Legatee Rev. Ed Bennett said Grace, and later, Hazel cut the first slice of a birthday cake in the shape of Australia and decorated with hand-made Australian wildflowers. Hazel’s granddaughter, Kathryn, best summed up the spirit of the occasion:

“Nana, we are so proud of you on this most special of days … Let us raise our glasses to Hazel.”