A strong Aussie dollar is discouraging foreign tourists from visiting Oz while Australian holiday-goers are leaving the country in hoards. 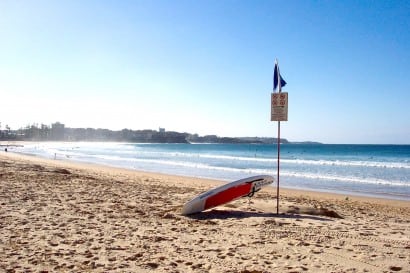 AS THE Australian dollar rises, more and more adventure bound Aussies are eagerly packing their bags to take advantage of cheaper international holidays – but it’s bad news for Tourism Australia.

The number of tourists visiting Australia has seen a worrying decline this year, and with Aussie tourists increasingly favouring foreign holiday destinations over local trips, the tourism industry is starting to sweat.

According to the Australian Bureau of Statistics, tourist spending has dropped to a four year low and income earned from tourism is currently at its lowest levels since December 2007.

In February, Aussies spent $2.82 billion travelling abroad while tourists visiting Australia spent only $2.63 billion — an average of $100 million less a month than they were spending last year.

Looking at the average number of arrivals, the amount of people entering Australia has dropped by 0.2 per cent this year, whereas the number of Australian travellers going abroad rose by a massive 9.1 per cent.

The tourism department doesn’t believe the high dollar is solely to blame for the decrease in revenue. New taxes imposed by foreign governments on long overseas flights have also contributing to fewer tourists arriving on Aussie shores.

Britain raised taxes on flights to Australia this month, making it more expensive for UK residents to travel Down Under, and it is now feared that other European nations may follow suit.

However the outlook is not all bleak, with the industry marking an increase in Asian travellers arriving in Oz, particularly from China and Malaysia.

Has the rising dollar or increased flight taxes affected your travel choices? Tell us below: