Excerpts of the response of Australian media to the royal hoax phone call following the death of a nurse involved in the prank. 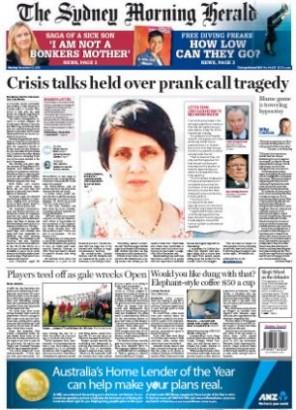 I am currently in Australia. I, like most Australians, have been following the tragic event of the death of the nurse unwittingly caught up in the royal hoax phone call, as it unfolds both here and in the UK media.

From my perspective, in Australia, I have seen a nuanced, considered and careful response develop in the Australian media. I have seen every media outlet express sadness and a level of shame in relation to the awful prank that has been involved in Jacintha’s death.

I have also seen many media commentators trying to express something other than only hate and criticism directed only at the presenters themselves. To possibly examine the nuances and subtleties of the situation, and raise a quiet protest that directing bile and vitriol towards the duo may not be the most productive way of proceeding.

I have also been following the UK newspapers, as they query these attempts by the Australian media to engage in a consideration of the breadth of issues that this has prompted, and as they state it appears to be a complete absolution of blame by the media on the part of presenters.

What has happened is an unspeakable tragedy, and in the wake of any tragedy is an inevitable period of reflection, and consideration of what could have been done differently.

Here is a number of articles that consider these important questions:

Really Australia, it’s not that hard: 10 reasons why renewable energy is the future

“At first the British media treated the thing as a cheeky wheeze from Down Under. It was not until the death of the nurse, Jacintha Saldhana, that they lashed out in fury. A personal tragedy with a royal twist to it, beaten up in a frenzy of Aussie-bashing, is a sure-fire way to sell newspapers there.”

No one is laughing now

“No one meant for this to happen. There was no malice. There was a palpable absence of malice. This is a tragedy, plain and simple. I wish I could hug Jacintha Saldanha’s children. I wish I could have told their mother that it was all crap and none of it mattered and it would be gone just as suddenly as it arrived; that nothing adheres any more – we are so addled and over-stimulated we will have forgotten by this time next week.”

The Radio Prank Tragedy: This is the lesson we must take from it

“Because the real truth is this: Life can be wonderful and joyous and thrilling but it can also be unspeakably awful at times. The third guarantee in life after death and taxes is that there will be at least one moment in your life when you don’t think you can possibly survive the pain you feel. There will be a time or times, when life feels inescapably bleak.”

No excuse for bad joke made worse

“As I sit down to write this I have been awake for the past two hours reading with horror and anger of the death of Jacintha Saldanha. It seems so sad, so unfair, such a disproportionate response to being duped by two Sydney radio lightweights.”

Radio duo don’t have blood on their hands over nurse’s suicide. It’s more complicated than that

“Change is needed. Australian radio’s rules around privacy need to be extended beyond news bulletins. This has now got serious enough for ACMA to step in, rather than wait for the Today Network to deal with the complaints first.

But, tempting as it is, let’s not slaughter Mike Christian and Mel Greig. They will now always have to live the fact that while they didn’t kill this woman, they set a chain of events in motion that had a terrible ending. Surely that’s enough to deal with.”

Resisting the witch hunt on the royal prank call

“Money, free speech and community reactions are all pulling the issue in different directions. The reaction of both the UK and local media is driven by the need to monetise the story, and if exploiting it means the likes of the Daily Mail turning on a penny, that’s fine: reverse all the ferrets.” 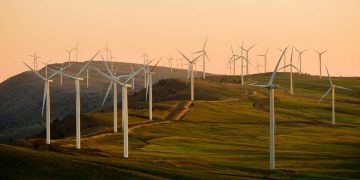