Foreign Minister Kevin Rudd says Australian officials are trying to find out exactly what happened to a Sydney Islamic leader who was killed in Libya after he joined the fight against Muammar Gaddafi. 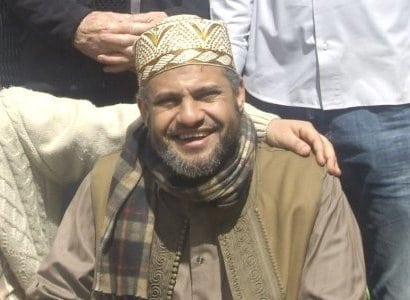 FOREIGN MINISTER Kevin Rudd says Australian officials are trying to find out exactly what happened to a Sydney Islamic leader who was killed in Libya after he joined the fight against Muammar Gaddafi.

Mr Rudd confirmed the death of Sheik Nasser Zuway and said a funeral service had already taken place, adding that Australian officials were still seeking information about his fate.

“As you know Libya is a war zone and it is a very violent place,” Mr Rudd told reporters in Darwin.

“Our first and foremost responsibility is always to provide consular support and assistance to the family, and that is what we are seeking to do now.” Sydney Islamic community spokesman Keysar Trad said Sheik Zuway had been appointed imam of a Cabramatta mosque and would be remembered as a hero of liberation.

President of the Australian Union of Africa and Arab Associations, he had arrived in Australia from Libya as a political refugee in 1999.

Mr Trad said he had spoken to the sheik’s family and they were devastated by his death.

“They are taking this news very courageously … but I can see … they are experiencing a tremendous sense of loss,” he told AAP.

“Their only consolation is that he died as a martyr.

“His cousins see him as a national hero of the liberation who risked everything to free his fellow human beings from tyranny and oppression; they see him as a Christ-like figure in terms of making the sacrifice.”

Mr Trad said Sheik Zuway was “a very social person and very helpful to others”.

His wife and three children, two boys and a girl all aged under four, remained in Libya, Mr Trad said.

In an interview with ABC Radio in February, Sheik Zuway said he had travelled to Benghazi to protect his wife and children who were holidaying in the city when the Libyan uprising began.

After he arrived, he decided to stay and fight.

He said he would not return to Sydney until Gaddafi was defeated.

“I’m prepared to die for the sake of freedom and justice and to see our country taking their place in the world and Gaddafi to leave Libya,” he said at the time.

One of Sheik Zuway’s relatives, Hassan Enbaiwa, told the ABC on Wednesday he was killed by a Gaddafi loyalist in Sirte on Monday while helping people get aid in a suburb named Hay al Dollar.

“He was helping the people who have problems to get medical help and take these people to hospital,” he said.

Speaking before confirmation the sheik had died, Prime Minister Julia Gillard said “obviously if there has been any loss of life that is a tragedy for the family involved”.

Mr Trad said a condolence ceremony and sunset service would be held for Sheik Zuway at Lakemba at 7.20pm (AEDT) on Thursday.

He said “hundreds” of mourners were expected to attend, including the new grand mufti, Dr Ibrahim Abu Mohammad.