Aussie diggers in Iceland to prepare for Antarctic trek

Three Australian soldiers are preparing to take part in a race to the South Pole in the Antarctic to raise money for the rehabilitation of wounded troops. 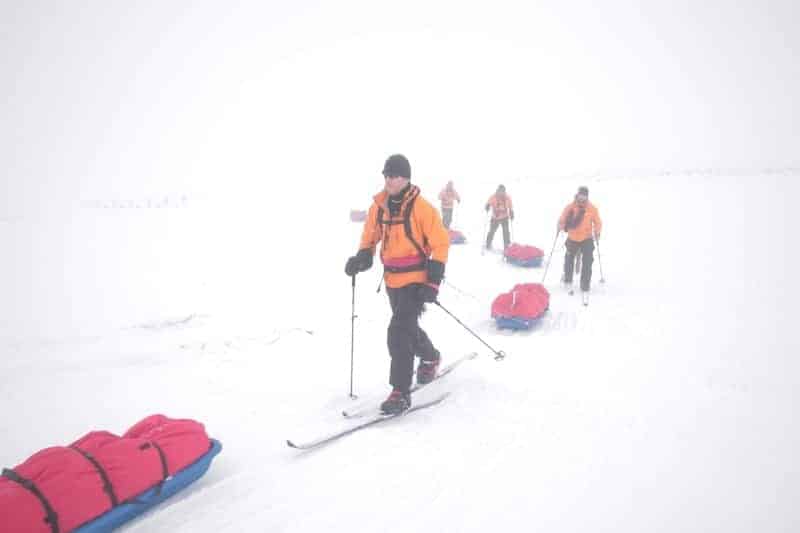 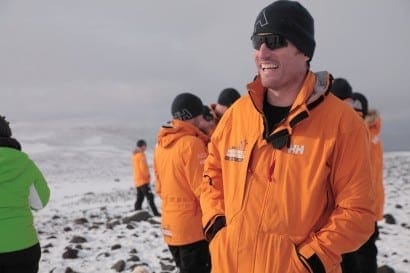 THREE Australian soldiers have spent two weeks on the Langjokull Glacier in Iceland battling minus 30 degree temperatures and whiteout winds as they undergo preparations for a charity trek to the South Pole later this year.

The expedition, organised by UK charity Walking with the Wounded, will see three teams of wounded servicemen and women from the UK, US and Commonwealth head to the Antarctic to raise money for the rehabilitation of returned soldiers.

During the four-week expedition the teams will pull sledges containing their provisions and weighing up to 70kg across the ice in their race to the South Pole.

Speaking to Australian Times from the glacier, Pte Jamieson said the two-and-a-half weeks spent in Iceland had really been an eye-opener to the possible conditions members of the team will face in Antarctica.

“None of us had ever skied before,” he said.

“The first time we went out on the glacier it was minus 30 with 80km wind, and everyone thought ‘is this what it’s going to be like?’”

All three Australians have suffered gunshot wounds in Afghanistan and have had to contend not only with the extreme conditions, but also the added difficulties presented by their injuries.

Corporal Donaghue from Brisbane suffered a gunshot wound to the thigh in Afghanistan in 2010.

“All of us have been wounded in Afghanistan and have been shot in various parts of our bodies,” he said.

“We’re doing this to raise awareness for wounded soldiers and to try to get public support behind the rehabilitation process of these soldiers to help them get through the program quicker.”

Warrant Officer Class 2 Scott Warby received a gunshot wound to his lower right leg and shrapnel to the left bicep.

“You don’t really feel it when it first hits you,” he said.

“It’s something you don’t really notice until all the blood starts leaking out your body. That’s when you start feeling something other than the initial shock.”

Pte Jamieson suffered a gunshot wound through the neck which left him barely able to walk.

“You’re not just getting shot and then everything’s nice and calm around you,” he said about the experience.

“You don’t have time to worry about yourself, you’re still in a situation which you and your team need to get out of. You just have to keep doing your job.”

Pte Jamieson said this expedition was important to help raise awareness of the sacrifice of wounded soldiers who gave up everything for their countries, as well as to provide those in a similar situation with inspiration to successfully complete their rehabilitation.

“The rehabilitation process is mostly individual, which is difficult when you’re a soldier and used to working in a team environment. Working towards something like this lets you be part of a team again, get your mind back on what’s important and gives you the motivation to keep going and get better as best you can.”

The first week of the Iceland training exercise was spent familiarising the team with their kit and undergoing survival training to help the soldiers understand the conditions out on the ice.

“Each team has a guide who is a polar expert. They’ve been training us and running us through what life on the ice is like and how to survive,” said Pte Jamison.

“Even doing the most mundane things out there, you have to be careful. If you try to take your glove off for 20 seconds you’ll get frostbite.”

The second week was spent undertaking a mock expedition on the glacier itself, testing the soldiers’ ability to work together and seeing how the team might perform under difficult conditions like those they will face in Antarctica.

“Iceland is part of the selection process — to see how the guys injuries, both physical and mental, hold up under the conditions,” said Corporal Donaghue.

The Australians are quietly confident of Team Commonwealths’ chances, if the training in Iceland is any indication.

“The Commonwealth team came in a comfortable first” said Corporal Donaghue about the mini-expedition.

Pte Jamieson added “it was more for bragging rights. To be able to give each other a bit of stick.”

“All the teams get along really well. It’s been great to be paired with the Canadians. The team is a really close knit team which gets things done.”

The final team chosen to represent the Commonwealth may find themselves joined on the expedition by Prince Harry, who is patron of Walking with the Wounded.

The Prince is hoping to join the expedition should his royal and military commitments allow.

For more information and to support Team Commonwealth see walkingwiththewounded.org.uk.