London's heart will be pulsating with an unprecedented array of music and arts events over the next three weeks celebrating Australian and New Zealand culture.

by Lee Crossley
in Culture, News 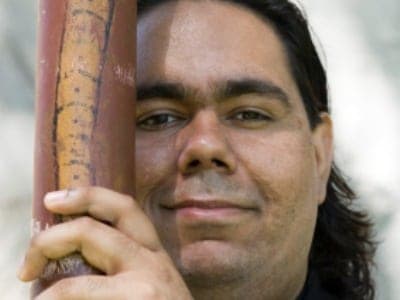 THE City of London Festival, starting Sunday, will continue its traditional theme of ‘Trading Places’ but this time hone in on cultures from the South Pacific.

Concerts, street art, lectures, walks, poetry readings, dance performances are just some examples of events that will take place in and around London’s Square Mile until 16 July.

The more unique events include a Maori War canoe drifting down the Thames crewed by 16 Maoris in traditional dress (1 July), the scattering of 20 upright pianos throughout London’s streets for the public to show off their wares, and a mini film festival screening purely New Zealand films.

What’s best, said festival director Ian Ritchie, many of the events are free.

‘This is a fantastic opportunity for Londoners, as well as members of the expat community from the areas we are celebrating, to come along and be entertained and enthralled,’ he said.

He said festival goers could expect to see the sub-theme woven throughout performances of indigenous connections with nature.

“We’re looking at such diverse cultural riches in a beautiful, vast but vulnerable part of the world,” he said.

“The whole Square Mile will come alive in a creative and vibrant programme with music and art and even a bit of birdsong.”

The festival will open with a ’15 Piano Salute’ to Percy Grainger, who died 50 years ago in February.

Grainger, one of Australia’s greatest — and quirkiest — pianists, will be celebrated with a rendition of his work performed by some of London’s finest young musicians on the steps of St Paul’s Cathedral on Sunday.

“Grainger is an Australian cultural icon and we’re doing quite a lot of stuff around him,” Richie said.

“The reason the emphasis on him is his work and legacy not only permeates Australian culture but he is known all over the world.”

Cathedral concerts, lectures and an exhibition will also pay homage to Grainger.

And what would a celebration of Australian music be without the didgeridoo?

William Barton, arguably the world’s best player, will feature in a number of events, most notably joining the Southwark Cathedral Choir in a London premiere of Peter Sculthorpe’s moving ‘Requeim’ on 4 July.

He will also appear alongside Piers Lane at Apothecaries’ Hall (1 July) and play with the Goldner String Quartet on 6 July.

“We are just so privileged to have so many amazing and talented performers appearing in the programme,” Ritchie said.

“Not just William, but composers … as a director, I couldn’t ask for a stronger list of talent.”