The US prosecution case against a young Australian, Trent Martin, for securities fraud is a story of greed and betrayal of a Kiwi mate. 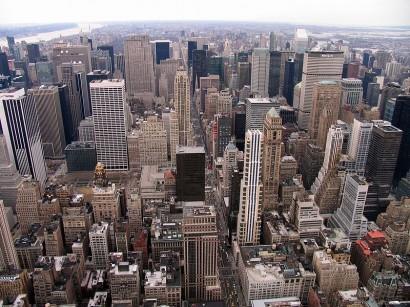 THE year was 2009 and the two young suits, one from Australia and the other New Zealand, were living in the concrete jungle of Manhattan.

They were great mates, due to the many links Aussies and Kiwi expatriates share.

The Australian, Trent Martin, was 30 years old at the time and working as a researcher for a global financial firm located a short commute north to Stamford, in the neighbouring state of Connecticut.

The New Zealander was a rising star at a large Manhattan-based corporate law firm known for putting together multibillion-dollar merger and acquisition deals.

The Kiwi can’t be named.

US prosecutors have codenamed him “Attorney-1” and say his testimony could send Martin and two other New York stockbrokers to US federal prison for more than 20 years.

If authorities are to be believed, the downfall of Martin and the two stockbrokers, Thomas C Conradt and David J Weishaus, was motivated by greed and betrayal sparked by the release of confidential information from Attorney-1.

“Martin and Attorney-1 sought advice from each other and shared common interests, a common cultural background, and the common experience of being single men who worked in demanding industries and lived far from their home countries of, respectively, Australia and New Zealand,” the indictment against Martin states.

The breach of trust, according to prosecutors, began on or about May 31, 2009, when the pair met for brunch at a restaurant in Manhattan.

The lawyer was feeling “significant stress” as a result of being assigned to computing giant IBM’s secret acquisition of publicly-traded Chicago-based software company SPSS Inc and confided to Martin that he was “worried he had limited experience working on transactions like IBM/SPSS” and his performance would “affect his professional standing”, the indictment states.

The IBM-SPSS deal was highly-confidential, with IBM offering to buy SPSS for a “significant premium”.

The Kiwi’s law firm took precautions to maintain secrecy, including using faux names for IBM and SPSS in its documents, and prohibiting any person with the firm from revealing “inside” information

The Kiwi, at the brunch while describing his personal and professional concerns, allegedly told Martin that IBM was negotiating to acquire SPSS for “a significant premium over its market price”.

Martin is accused of telling flatmate Conradt about the inside information and Conradt then allegedly giving details to his Baltimore law school buddy, Weishaus.

In lewd instant messages between Conradt and Weishaus, allegedly obtained by authorities, Weishaus suggested they get another person to buy 100,000 SPSS shares.

Conradt allegedly responded: “Jesus don’t tell anyone else we gotta keep this in the family”.

Weishaus allegedly replied: “dude, no way. i don’t want to go to jail f*** that, martha stewart spent 5 months in the slammer”.

On July 22, 2009, Martin bought 29 SPSS call option contracts at a strike price of $US35, but the following day he visited his Kiwi friend’s apartment and revealed he purchased the SPSS common stock and call options and was concerned the “transactions would attract attention”, prosecutors allege.

“Attorney-1 was furious and urged Martin to sell his SPSS shares and options immediately,” the indictment states.

On July 28, IBM’s acquisition of SPSS was announced, sending SPSS’s share price to a close of $US49.45, up 41 per cent from the prior day’s close.

In November, after the US Securities and Exchange Commission launched an insider trading investigation, the Kiwi visited Martin’s apartment and noticed Martin was “packing up his belongings to leave New York City”.

Martin allegedly told his Kiwi confidant he was returning to Australia in light of the SEC investigation. He noted insider trading offences can lead to jail and referred to the Martha Stewart prosecution.

A little over a week ago authorities caught up with Martin, who had been working in Hong Kong and arrested him on December 22, following a request from the US.

If convicted of both charges he faces up to 25 years in prison and more than $US5 million in fines. – AAP