Assange to run for Australian Senate from UK Ecuadorian Embassy 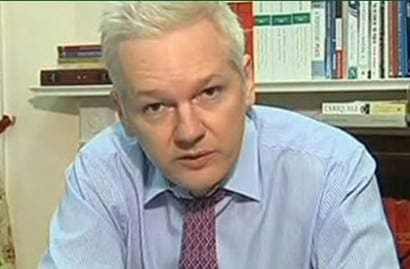 Julian Assange plans to run for a seat in the Senate in Victorian, despite still being stuck in the Ecuadorian Embassy in London.

Assange will make his stand for the seat in the September federal election, under a newly formed Wikileaks Party.

The newly formed party is yet to register with the Australian Electoral Commission, but will consist of ten members to begin with, ranging from personal friends of Assange and WikiLeaks to activists.

The WikiLeaks Party will run on a platform of government transparency and openness, core principles of the WikiLeaks website.

A spokeswoman for Assange confirmed Assange would be running for Senate after he was placed on the Victorian electoral roll on Tuesday.

Candidates cannot stand for positions of office in Australia unless they are a registered voter.

“It was lodged on Julian’s behalf with his signature,” Ms Castro told AAP.

Assange’s father John Shipton told AAP he would act as chief executive of the newly formed party and felt there would be plenty of support for his son as lead candidate.

“I think there’s a lot of support for Julian and even more support for what Julian stands for,” Mr Shipton told AAP.

Assange is currently being granted diplomatic immunity in the Ecuadorian London embassy. He has been fighting an extradition order which would see him face sexual assault charges in Sweden.

Many of his supporters fear if he were taken to Sweden he would then be extradited to the US to face charges for espionage.

If Assange wins his seat and is unable to take it, another member from the party will fill the position. -With AAP