Thousands of London Australians and New Zealanders braved the wet and wintery conditions to pay respect to our Anzac heroes at Hyde Park Corner this morning. THOUSANDS of London Australians and New Zealanders braved the wet and wintry conditions to pay respect to our Anzac heroes at Hyde Park Corner this morning. 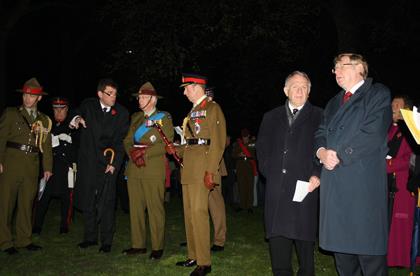 Held at the New Zealand Memorial this year (the London Anzac Dawn Service swaps between the Australian and New Zealand Memorials each year), Mr Leask led a moving and genuine Anzac Day address that remembered the fallen heroes from both nations and paid tribute to those that fought for Australia, New Zealand and the Commonwealth not just at Gallipoli but at the many conflicts since. 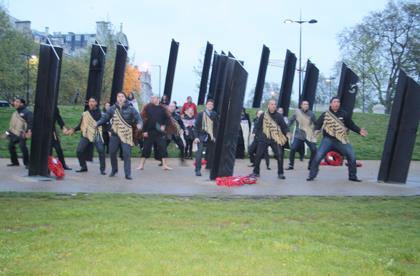 A Karanga, a New Zealand Maori ceremonial call, opened the proceedings and a fearsome Haka closed the Service before most of those in attendance made their way to the Australian Memorial where their Royal Highness’s and the High Commissioners, as well as Brigadier Antony Hayward and Commodore Peter Lockwood, on behalf of the Australian and New Zealand Defence Forces, lay wreaths in remembrance. 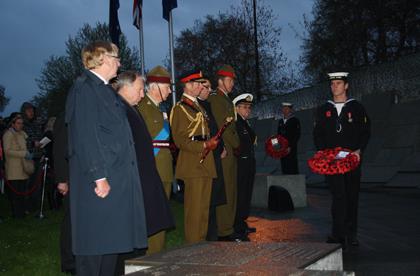 Guests then signed their names in the book of remembrance beneath the Wellington Arch before moving on to the various other Anzac Day events in London. 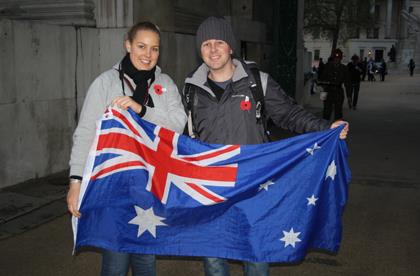 Photos: See more of our Anzac Day in London images