Anzac Day commemorations were held all over the world yesterday, as Australians, New Zealanders and the British paid tribute to fallen soldiers. In London the New Zealand Society hosted a commemorative evening function at New Zealand House.

by Sepi Roshan
in News 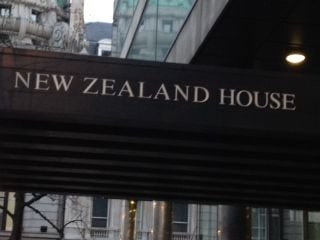 Anzac Day commemorations were held all over the world yesterday, as Australians, New Zealanders and the British paid tribute to fallen soldiers.  Thousands attended the dawn service at the Australian War Memorial at Hyde Park and again at the service at Westminster Abbey.  Others paid tribute in their own, silent way.  I was invited by John Greager, President of the New Zealand Society to attend an Anzac Day evening function at New Zealand House.

At 8pm on 25 April, the sun started to set on the London skyline. As the panoramic views of the Penthouse began to fade, the 100 year old bugle sounded.  All stood still.  All heads bent in solemn remembrance.  We remembered those who have sacrificed themselves in war: for us and for our families, friends and children.  During that one minute of silence, it did not matter who was Australian, Kiwi or British.  We all stood there in silence: Lest We Forget.

As we remember those who have passed, we must not forget those who continue to suffer because of war.  We can only hope that in this time of remembrance, politicians also remember that their calls to war leave a hefty price. 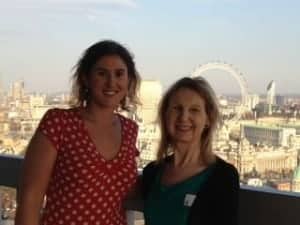