Former British tabloid editor Rebekah Brooks has expressed her bewilderment and launched a defiant attack against police and prosecutors after it was announced that she is to face criminal charges over the phone-hacking scandal. 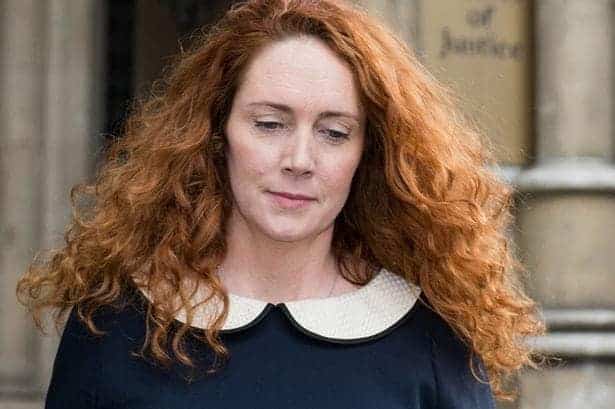 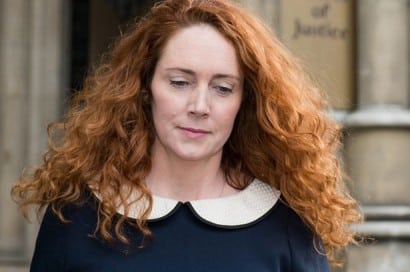 FORMER British tabloid editor Rebekah Brooks has expressed her bewilderment and launched a defiant attack against police and prosecutors after it was announced that she is to face criminal charges over the phone-hacking scandal.

The former News International chief executive said allegations that she, her husband and four others plotted to hide evidence were “an expensive sideshow and a waste of public money”.

She also challenged the integrity of the Crown Prosecution Service’s decision to charge her with conspiring to pervert the course of justice.

In a statement made outside her solicitor’s London office, the former Sun and News of the World editor said: “Although I understand the need for a thorough investigation, I am baffled by the decision to charge me. However, I cannot express my anger enough that those close to me have unfairly been dragged into this.

“Whilst I have always respected the criminal justice system, I have to question today whether this decision was made on a proper impartial assessment of the evidence.”

The 43-year-old and her racehorse trainer husband Charlie stood side-by-side on Tuesday after being charged in an hour long meeting with Operation Weeting detectives.

Charlie Brooks branded the decision as an attempt to brand him and others as scapegoats and said he believed his wife was the subject of a witch hunt.

“There are 172 police officers, about the equivalent of eight murder squads, working on this; so it doesn’t surprise me that the pressure is on to prosecute, no matter how weak the cases will be,” he said.

“I have no doubt that the lack of evidence against me will be borne out in court but I have grave doubts that my wife can ever get a fair trial, given the huge volume of biased commentary which she has been subjected to.

“We will fight this in court.”

The couple will appear at Westminster Magistrates’ Court on 13 June alongside her former PA, Cheryl Carter and chauffeur Paul Edwards charged with conspiracy to pervert the course of justice.

Mrs Brooks, listed on a police indictment as “unemployed” of Churchill, Oxfordshire, was charged with three counts, including that she removed boxes of material from the News International archive and tried to conceal documents, computers and other material from the Scotland Yard inquiry.

The charges are the first to be brought following Scotland Yard’s multimillion-pound investigations into phone-hacking, computer hacking and corruption, which have led to 50 arrests since they began in January last year.

Alison Levitt QC, principal legal adviser to the Director of Public Prosecutions, said there was “sufficient evidence for there to be a realistic prospect of conviction”.

Charges against one suspect, a 38-year-old security consultant, were dropped as part of the review of evidence by lawyers since detectives handed over the file on 27 March.

It is understood that News International has suspended Hanna and Edwards on full pay pending the conclusion of the cases.

The news of the charges came on the same day that detectives investigating corrupt payments to public officials arrested a British Revenue and Customs employee after being handed information by News Corporation’s management standards committee (MSC).

The 50-year-old man was held on suspicion of misconduct in a public office by officers from Operation Elveden.

He was arrested at an address in northwest London along with a 43-year-old woman who was held on suspicion of aiding and abetting misconduct in a public office and money-laundering offences. Both were bailed until August.

The MSC was set up in the wake of the phone-hacking scandal that led to the closure of the News of the World last July.

It is carrying out internal investigations relating to Rupert Murdoch’s remaining British papers – the Sun, The Times and the Sunday Times.

The decision to charge Rebekah Brooks came just days after she lifted the lid on her close relationship with the Prime Minister at the Leveson Inquiry into press standards.

David Cameron’s official spokesman declined to discuss the matter, saying it would be “improper” for him to comment on an ongoing investigation.

Rebekah Brooks became News of the World editor in 2000 aged 31, landed the top job at The Sun in 2003 and was appointed chief executive of News International in 2009 before quitting in July 2011.

Days later she was arrested over alleged phone-hacking and corruption, offences for which she remains on bail without charge.

She was arrested again in March in connection with the separate perverting the course of justice allegation, with her husband and four others. – AAP