Jilted super trawler operator Seafish Tasmania says all options are on the table, including possible legal action, in response to the federal government's two-year ban on the Abel Tasman. 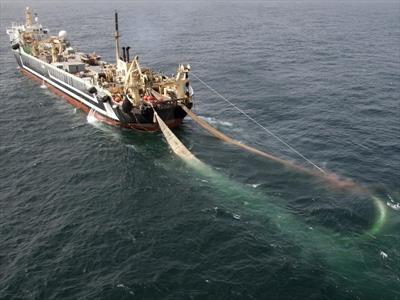 A legal challenge now looks likely once Seafish has consulted with Dutch joint venture partner Parlevliet & Van der Plas over the 142m vessel, formerly known as the Margiris, which is stranded at Port Lincoln and costing its backers tens of thousands of dollars a day.

“All options will be on the table,” Mr Geen said in a statement.

“People reckon we have copped a raw deal.

“We followed all AFMA’s (Australian Fisheries Management Authority’s) rules and regulations and were given the green light … but then at the last minute the Australian government pulled the rug.”

Mr Burke conceded a court battle could result from his announcement, made 60 days after legislation was tabled to increase his ministerial powers.

“The company have made clear, (in) public and personally, that if they thought they needed to they would pursue all legal options available to them,” Mr Burke told reporters in Canberra.

But he said the government was on “completely strong legal ground” to counter any compensation claims or legal challenges.

Seafish Tasmania had attempted to appease the government by offering to use less than half the factory ship’s freezing capacity and to move on from fishing areas once a certain tonnage was caught.

Mr Burke said his department remained dissatisfied with the “genuine uncertainty” around the vessel.

Mr Geen said he had received little response to his company’s offer of concessions.

“We wrote to the ministers Burke and Joe Ludwig directly, seeking their assistance and direction as to alternative solutions.

“But we heard nothing back.”

Mr Burke and Fisheries Minister Joe Ludwig will now establish an expert committee to study the environmental impact of super trawlers over the next two years.

Once the panel has assessed the science, the Abel Tasman could in theory begin fishing if given the all-clear.

The Greens and environmental groups, who mounted a massive campaign against the ship, welcomed the news.

“Australia should be setting international standards for fisheries management and sustainable industries, and today’s announcement from Minister Burke is a step towards that,” Greens senator Rachel Siewert said.

Greenpeace said overfishing of the world’s oceans needed to be addressed.

“Monster boats like the Abel Tasman have no place in our waters,” spokesman Ben Pearson said.

“Australia must make it clear that super trawlers have no place here, or anywhere.”

“All of the credible science … supported the sustainability of this fishery,” he said.

“That Mr Burke constructed his own ‘uncertainty’ by not talking to any of these leading institutions is yet another indictment on the decision-making processes of this Gillard government.”