Sydney radio station 2Day FM is facing a serious backlash over a royal phone prank after the death of a British nurse, and could potentially lose its broadcast licence. 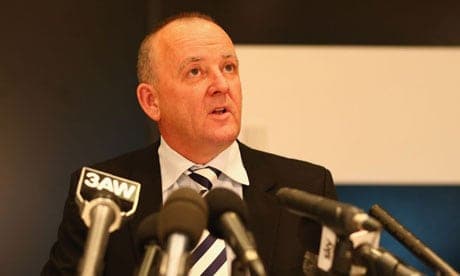 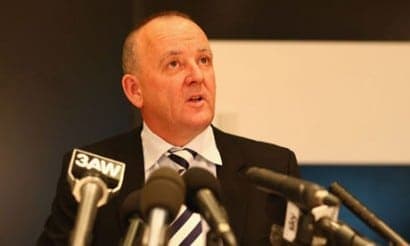 SYDNEY radio station 2Day FM is facing a serious backlash over a royal phone prank after the death of a British nurse, and could potentially lose its broadcast licence.

2Day FM presenters Mel Greig and Michael Christian have been taken off air after their hoax call to London’s King Edward VII Hospital following the death on Friday of respected nurse and mother Jacintha Saldanha, 46.

Radio network Austereo has suspended all advertising on 2Day FM in response to advertiser boycotts. Coles and Telstra had previously announced the suspension of their advertising on the station, while Optus had issued 2Day FM a “please explain”.

A spokeswoman for Austereo, Sandy Kaye, confirmed to the SMH: “We have pulled advertising on 2Day FM indefinitely.”

Ms Kaye said the decision meant no advertising would run on the station from Saturday afternoon, and confirmed this was as a result of discussions with the station’s commercial sponsors.

“They’re reassuring and speaking to advertisers but they’ve pulled them for the moment until they’ve cleared it all up with them.”

The broadcast watchdog, the Australian Communications and Media Authority (ACMA) has flagged it will investigate the actions of the two presenters after receiving several complaints.

In May, ACMA warned the station it could lose its broadcasting licence for any repeat of offensive on-air comments after morning show presenter Kyle Sandilands called a female journalist a “fat slag” and threatened to “hunt her down”.

A spokeswoman for Prime Minister Julia Gillard described the incident as a “terrible tragedy”.

“Our thoughts are with her family and friends at this time,” she said in a statement on Saturday.

Greig and Christian have been told not to comment on the matter.

A statement from Southern Cross Austereo (SCA) says the company is “deeply saddened by the tragic news”.

“Chief executive officer Rhys Holleran has spoken with the presenters, they are both deeply shocked and at this time we have agreed that they not comment about the circumstances,” it said.

“SCA and the hosts have decided that they will not return to their radio show until further notice out of respect for what can only be described as a tragedy.”

A Facebook page condemning their actions has been set up and they have deleted their Twitter accounts.

“When they did this they had no intention to cause harm, it was a harmless prank,” Mr Kennett told ABC radio.

“Now they will be under extraordinary pressure and I just hope that they get our support and that their employer provides them with the professional support to help them get through what will be a terrible few weeks.”

“I don’t imagine in any way that those who were engaged in the typical FM radio stunt would have thought it would lead to this,” he said.

“I think there are some people today who are suffering, not just the family of the nurse but those who in some way were involved with what appears to be the trigger for this tragedy.” – With AAP

* Readers seeking support and information about suicide prevention can contact Lifeline on 13 11 14 or Suicide Call Back Service on 1300 659 467.