Afghan refugee Akram Azimi is Young Australian of the Year

Akram Azimi has been named the Young Australian of the Year for his outstanding mentoring work with indigenous communities. 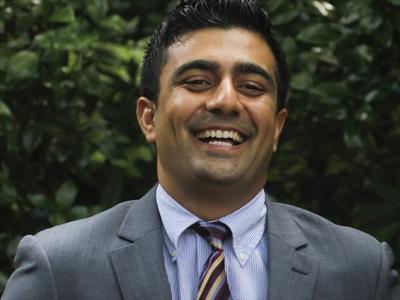 HE fled Afghanistan with his mother and brother at the height of a bloody civil war, arriving in Australia a child refugee.

Now, 25-year-old Akram Azimi is 2013 Young Australian of the Year with a deep connection to his adopted country.

He was picked as an inspiration for his work mentoring people with disability and in indigenous communities, the latter beginning with a trip to a community in the Kimberley in Western Australia that he hoped would provide some adventure.

He says since then every time he heard a fact about indigenous Australians he could imagine the face of a small child he had met.

“That has compelled me ever since to do all that I can to share with non-indigenous Australians the beautiful and rich culture that we are surrounded by.”

For three years, Mr Azimi mentored young indigenous Australians in the remote community of Looma in the Kimberley, and primary school students in a small farming community in the WA wheat belt.

In 2011, he co-founded a student-run initiative to raise awareness about indigenous issues in universities, and has also worked with the True Blue Dreaming, a youth mentoring network.

He was born in Kabul in 1987 and fled with his family in 1999 after the Taliban viciously consolidated its power in the country through a vicious civil conflict involving warring tribal factions.

At first he was “an ostracised refugee kid with no prospects”, but Mr Azimi later excelled.

He went on to study a triple major in law, science and arts at the University of Western Australia.

His family has thrived since arriving in Australia as refugees and they have been treated with warmth and generosity.

“This (award) says something wonderful about our nation, that someone who looks like me can be held up as a role model to all other Australians.”

After his name was announced, he had a special thanks for Prime Minister Julia Gillard for her leadership on polio eradication.

“You have saved so many kids from a lifetime of suffering,” Mr Azimi said.

He says he is alive because Australian taxpayer dollars helped vaccinate children in war-torn Afghanistan and he will do everything he can to ensure all children can live free from polio. – AAP