An adult emu weighing close to 50kg has been stolen from an electrified enclosure inside a wildlife park in Sydney. 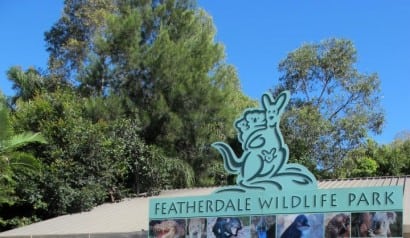 THE staff of Sydney’s Featherdale Wildlife Park have been left scratching their heads, after one of their emus was kidnapped on Monday night.

The female flightless bird was taken from its electrified enclosure, with a bread crumb trail of feathers leading 600 metres down to a nearby railway line. Police suspect from this point the emu was put into a vehicle and taken away.

Police believe a group must have scaled a two-metre exterior fence at the back of the park to break into the enclosure.

Staff at Featherdale are baffled by the reason the emu would have been taken. Spokesman for the Park Kelli Ames said the animal has no worth on the black market.

“That’s where the mind boggles. It has no monetary value,” she said.

Staff at the park were alerted to the incident when they saw a kangaroo from the park hopping along, also outside of its enclosure.

Police are taking the offence seriously and have launched an investigation into the emu heist.

The park said the kidnappers had left behind the female’s mate, who has shown signs of distress and is missing feathers.

So far no ransom has been put forward for the return of the bird.