The ABC has confirmed it was the victim of a cyber attack after the website of one of its television programs was targeted following coverage of the Australian visit of controversial Dutch politician Geert Wilders. 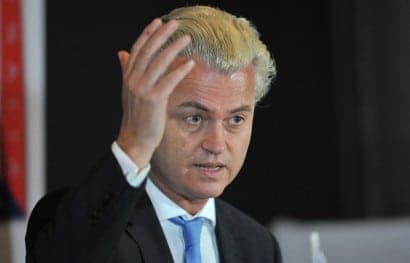 THE AUSTRALIAN Broadcasting Corporation (ABC) has confirmed it was the victim of a cyber attack after the website of one of its television programs was targeted following coverage of the Australian visit of controversial Dutch politician Geert Wilders.

ABC confirmed the hack has exposed information relating to 40,000 users who had logged in and commented on the website of the 2010 program Making Australia Happy.

“We do know that it has exposed the name, username and a hashed version of the password that audience members used to register on the program website,” an ABC spokesman told AAP.

“As soon as the ABC was made aware of this activity the site was shut down.”

Although the website is not operated in-house by the ABC, they have promised to contact each of the users of the Making Australia Happy website to alert them to the breach.

An overseas Twitter user going by the name Phr0xenMyst has claimed responsibility for the attack.

The hacker said via Twitter “ABC hacked for giving a platform for Geert Wilders to spread hatred” after the right-wing Dutch MP was interviewed on Lateline.

Mr Wilder’s visit to Australia has sparked mass demonstrations and violent clashes in various cities, including at a talk in Melbourne last week. Mr Wilder told the audience he had come to Australia to ‘warn’ of the mistakes made in Europe in regards to ‘Islamification’.

It has been suggested the attack used similar methods to those used by the infamous group Anonymous, raising questions about their possible involvement.

However technology journalist Stilgherrian said he thought it would be strange should it turn out to be linked to Anonymous as they support “the free flow of information on the internet”.

“[H]ere they are actually objecting to a man, who, alright his views are obnoxious to a lot of people, but if you support free speech, then you support his right to say these obnoxious things.”

Information security analyst Patrick Gray has suggested this is not the first time the website has been attacked, saying passwords from today’s attack were posted on a Russian hacking forum two years ago.

“I’d suggest there’s been multiple attackers who have actually gained access to this database, so I’d suggest that criminally motivated attackers had accessed it sometime in 2011,” Mr Gray told ABC.

“But now someone with political motivations has accessed that database and published the information to make a political point.”