Opposition Leader Tony Abbott says the senior staffer in a drunken brain snap won’t be out of the cold forever because of one unprofessional lapse. The staffer, Dr Mark Roberts, was overheard threatening to 'cut the throat' of funding of the Australian Indigenous Education Foundation to its chief Andrew Penfold when the coalition won government. 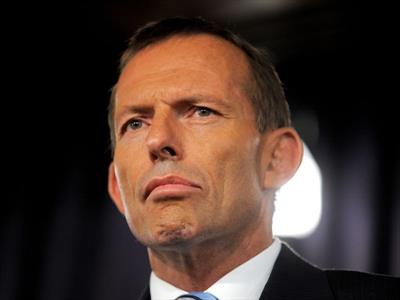 FEDERAL Opposition Leader Tony Abbott says a senior staff member who threatened an indigenous organisation’s funding in a “drunken brain snap” had been demoted and had his pay cut.

Mr Abbott said there would be no repercussions against that particular organisation if the coalition won government in September.

“He (the staffer) has lost his position as chief of policy and suffered a pay cut as a result,” he told ABC radio on Wednesday.

“As I said, it was a drunken brain snap. It should never have happened and there is not going to be any cut to the organisation in question.”

The staffer asked him to keep quiet about the incident in return for information from inside Mr Abbott’s office, Mr van Onselen said.

“I don’t believe that someone should be hung, drawn and quartered on the basis of one out of character, though serious, unprofessional lapse,” Mr Abbott said.

He queried why he was being asked about the matter a day after the federal government handed down the budget for 2013/14.

“We have got a government in crisis, we have got a dire budgetary position. I think I have appropriately dealt with that particular subject. At a time like this, can’t the ABC do a little bit better?,” he said. – AAP

These are the tweets in sequence from Peter van Onselen’s account:

I have heard some threats in my time, but nothing like that from an Abbott staffer tonight. Watch this space, I’ll raise it on Sunday…

A Tony Abbott staffer told an eminent Australian that he would “cut his throat” once “we” are in government…. Much, much more to it…

…I am totally disgusted. He is a very senior member of the staff.

It was tonight and I heard the exchange first hand.

Abbott’s staffer knew I heard the conversation, bailed me up & offered to be a source inside TA’s office if I stayed quiet…thanks, but no.