Yes, it DOES bloody snow in Australia. More than Switzerland. Seriously, mate!

by Bryce Lowry
in ListFeed

Women’s suffrage, criminal cops, a skier’s paradise and really big fences. Here’s 10 obscure and ‘fascinating’ facts about our beloved Australia that we need to share with the world.

1: Where women come second and ballots are secret

Australia was the second country in the world to allow women to vote.  It was actually New Zealand that was the first to allow their women-folk this honour.

Something we all take for granted in voting nowadays – voting anonymously or ‘the secret ballot’ – was first put into practical application by the Australian colonies, back in the mid 19th century. It became known as the ‘Australian Ballot’. Of course, it was the Greeks who really invented it back in the late BC’s… but, y’know. we’ll claim it.

Before 1902 it was illegal in Australia to swim at the beach during the day. The decidedly progressive move to allow daytime bathing led directly in the following years to the mass uptake of freestyle swimming, aka the Australian Crawl, and many Olympic gold medals and ultimately to the formation of legendary 80s Australian rock band, Australian Crawl. Fact (citation needed). Before the arrival of humans, Australia was home to megafauna: three metre tall kangaroos, seven metre long goannas, horse-sized ducks, and a marsupial lion the size of a leopard. 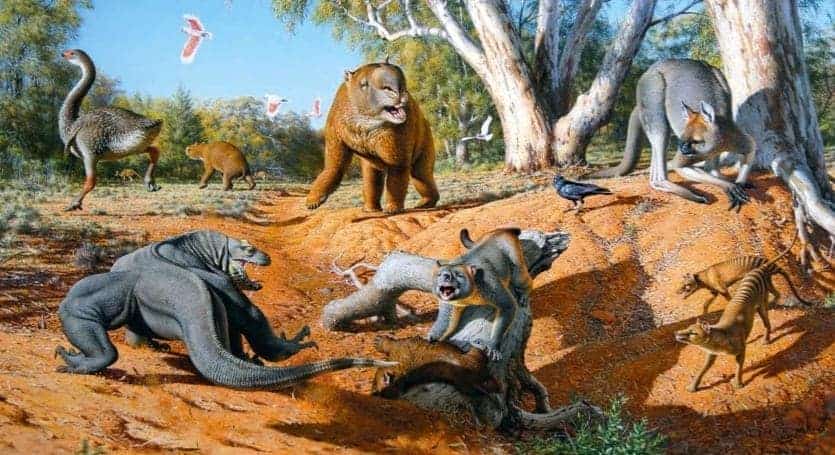 And then the humans arrived on the scene and chucked them on the barbie. Good-bye mega Oz.

4. Yes, it DOES bloody snow in Australia. More than Switzerland

It actually snows a lot Down Under. It’s just that it’s all spread out and turns to a slushy slop by beer time. The area of Australia that gets covered by snow during winter is larger than Switzerland. And that’s not including the fake snow machines at Thredbo and Perisher. We even have Toblerones.

Australia’s 23rd Prime Minister, Bob Hawke, set a world record for downing 2.5 pints of beer in 11 seconds while at Oxford University. Hawke’s later feats included modernising the nation (ok; and you too, Paul) while winning four federal elections (1983-1990) and chugging a beer in emphatic fashion and true ‘Hawkey style’ for cricket fans at the SCG in 2012 and 2014. Yes, Bob’s still got it.

6. From crims to cops

Australia’s first police force was assembled from the best behaved convicts available at the time of British settlement.  Today the Australian police force is said to be one of the best in the world (citation needed).  Talk about inmate reform!

7. Nation of war and peace

If you conveniently ignore the fact that Indigenous Austalians actually did fight back against the British invaders and likely fought many civil wars between themselves over the 40-odd thousand years that they previously occupied the land, what we might consider modern Australia is the only continent on Earth (bar Antarctica) never to have suffered a major war. Australia has, though, been a willing participant in many foreign conflicts since the Boer War 1899-1902. The country was also one of the founding members of the United Nations.

8. Trump’s wall? Check out our fence!

Australia is home to the longest fence in the world. The ‘Dingo Fence’ is 5,614 km long, and was erected in the late 19th century to keep dingoes off the fertile pasterol land in the country’s south-east. 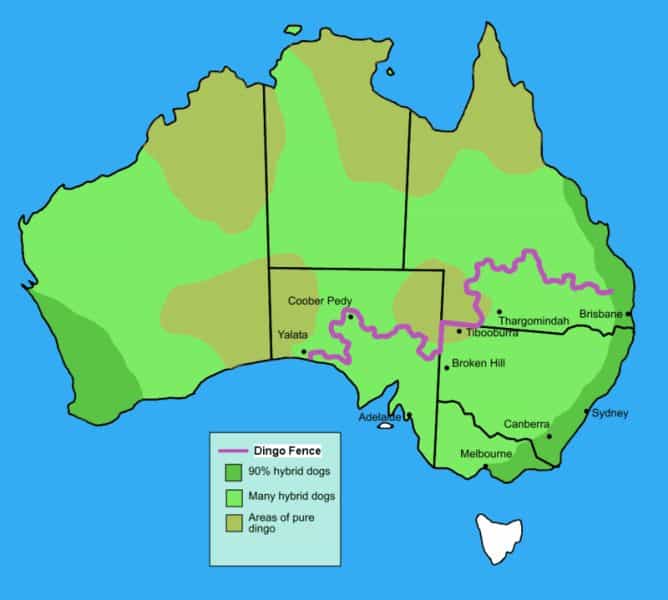 It’s still there and well maintained, although many environmentalists and even some farmers now question its benefits.

Not to be outdone, engineers in the west of the country erected the ‘Rabbit-proof Fence’ – now know as the ‘State Barrier Fence of Western Australia’ – by 1907 to keep pesky eastern state bludgers from doling on the WA mining profits (citation needed). It also helped keep eastern vermin out. It is actually a series of three fences totalling 3,256kms.

Kangaroos and emus cannot walk or hop backwards. It is the key reason for them being on the Australian coat of arms, so they don’t drop the shield (seriously, no citation needed). Australians are also one of the very few countries who happily snack on the animals proudly displayed on their coat of arms.