EXPAT ISSUES | Just quietly, I may actually be the least Australian person I know. I don't think I've ever wished anyone “g'day” in my life.

by Steph Davies
in Expat Life 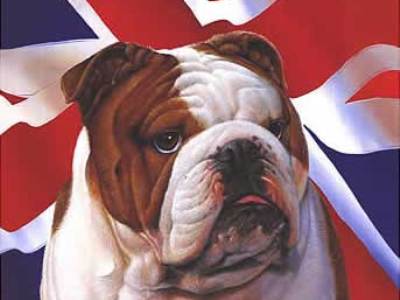 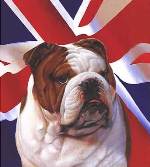 I loathe getting a tan each time the paltry Surrey sun shows its face, and I drink so much tea that my blood type is something close to ‘PG Tips’.

I talk to shop assistants about the weather, and when someone tells me they’re going abroad I’ll chirp, “Oh, anywhere nice?”, like a berk. Who goes on holiday somewhere horrible?

I never intended to become a Pom, but I seemed to assimilate British culture immediately. I lost my accent within weeks and the twang I’m left with is often read as Canadian or South African, if it’s even clocked at all. As the token Aussie at gatherings, you might expect that I’d at least know how to spark the barbecue up, but alas — I’m a vegetarian on top of everything else.

Could it all be the result of working at Laura Ashley for that first year in the UK? The consequence of studying an English Literature degree? Has all that Dickens and Austen seeped into my subconscious?

Or could it be that I just think it’s more fun to say ‘crisps’ instead of ‘chips’, complain about the weather, wear cardigans and listen to Kate Nash?

I haven’t completely transitioned. I still spend £4 on single packets of Tim Tams. Fairy bread is a staple at our student parties. I’ll laud the benefits of Vegemite over Marmite to anyone willing to listen. And I can’t understand why it’s okay to make eye contact and cheery conversation on public transport if something is delayed or cancelled, but ask somebody about the book they’re reading while things are running smoothly and you’re liable to be sectioned.

I don’t understand why the English can’t be trusted with electric power-points or light switches in the bathroom, or why they have to put a bucket in the sink to do the washing up. And the one thing I may never truly embrace is the English Christmas. Christmas just isn’t the same without the irony of snow in the windows of the Queen Street Myer Centre, as sweaty mall goths crunch cups of ice from Hungry Jacks. Roast dinners and pantomimes will just never be as good as Carols by Candlelight or endless repeats of The Nanny on Channel Ten.

Maybe I’m over-thinking it. Maybe all this confused girl needs is a bit more beetroot on her sarnie and a bit less of The Smiths on her Spotify.

Oh, even that felt wrong…