EXPAT LOVE LIVES | In a new column we explore the love lives, sex lives and relationships of Aussie Expats in the UK. This week we meet Hayley and Bryan who have not let the long distance inhibit their love for each other. 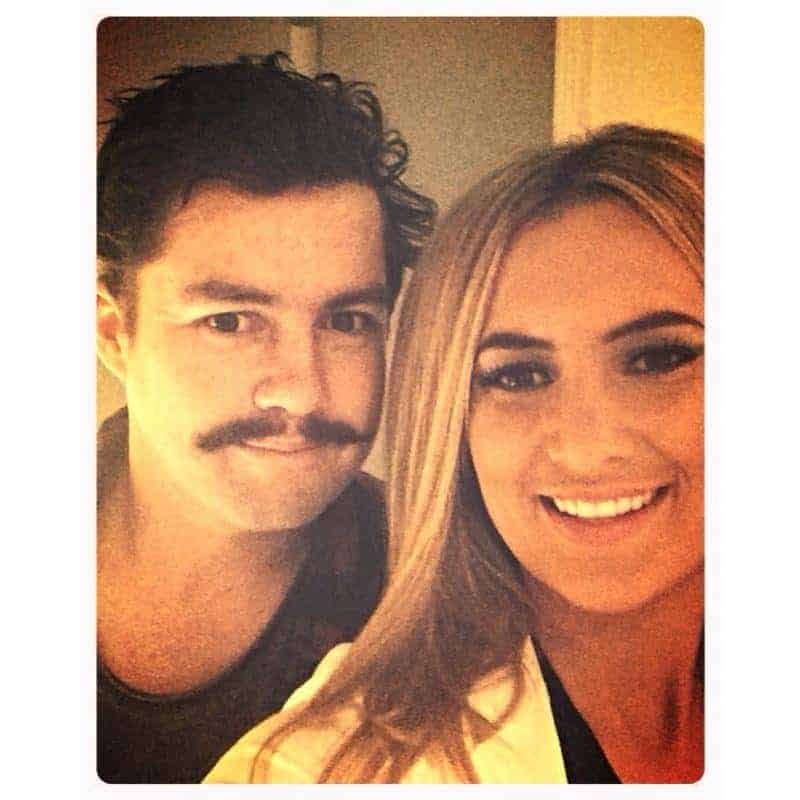 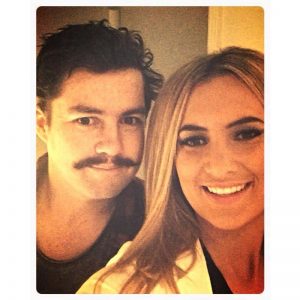 HAYLEY Bright spent six months in the UK on a working visa. Upon returning temporarily to Australia she met Bryan Beckham and they started dating.

“I said to him this can’t be anything serious because I’m going back to the UK. I still had a valid working visa… I thought this is a once in a lifetime opportunity, I have to go back,” Hayley says.

“We went our separate ways. I went to London and he stayed in Australia.”

But once she left, it didn’t take long for Hayley to realise “I love this guy.”

Bryan who had a decent paying job in Australia, and had recently bought a house, was setting himself up when he fell in love with Hayley. When she went overseas Bryan realised how much he missed her, and decided to pack up his life, get a visa and move to the UK.

They spent 12 months in the UK together, before Hayley had to return to Australia in September.

“Because he got his working visa after me, when my working visa ran out, he still had 18 months. So I had to come home, and he’s still over there.”

For the past three months they have been in a long distance relationship, and despite some tough days are still very much in love.

Not being able to be physically present with each other, encourages meaningful conversation, which leads to more effective communication, which in turn heightens intimacy and relationship satisfaction.

One of the authors of the study, psychologist Karen Blair from the University of Utah, said “the further apart the couple was, the better they were doing with respect to satisfaction, intimacy and communication.”

Between Australia and the UK, Hayley and Bryan are about as far apart as you can get. Despite the time difference they are in touch everyday through one form or another.

“You almost have to set a time and stick to it. It’s almost like a date, I suppose. If you don’t, you don’t when you’re going to be able to next.”

The distance can feel even greater when the opportunity to spend time together comes at an expensive price.

But despite the cost and the time difference, there are some benefits to not being physically in each other’s day-to-day lives.

For Bryan: “Being a man’s man, that sense of freedom that if the house is messy, the house is messy. She’s not yelling at me to do this or clean this, or do the dishes. I cook what I want to eat every night. Instead of both having to agree on something, you make all the decisions.”

This sentiment is echoed by Hayley, who says: “I have enjoyed catching up with friends and family, and kind of just doing my own thing. It’s been good, but I would prefer if he was here.”

Within the three months apart, the couple have spent four days together when Bryan returned to Australia in October for a wedding. The anticipation each of them felt ahead of this reunion is a testament to how much love they share. In long distance relationships, seeing each other becomes an event, which is something geographically close couples lose over time.

“It was a countdown. I put a note on my computer where I counted down every single day,” Bryan says.

“I remember a few years ago talking to a girl who was dating a guy in the Royal Air Force… And she said she loved a couple weeks leading up to when he came home. Because she would go to the salon, she’d get her hair done, and she’d get her nails done and make herself look and feel good.

“I remember her saying that, and it was so funny, because before Bryan came home, I found myself doing the same thing….When you haven’t seen someone for such a long time, it’s like I’m going to make myself look really good for them,” Hayley says.

For long distance couples, coming down form the high of spending a rare few days with the person you love is very emotional.

“The first week was f#*king awful. Even just having to leave her at the airport was very difficult,” Bryan says.

“I kind of went into a deep depression because I had been looking forward to spending this time with him. And he came, and he went, and then he wasn’t there anymore,” Hayley says.

Bryan does plan to move back to Australia to be with his girlfriend, but given the career opportunities he has found London it is difficult to decide the right time to return.

“I’m weighing things up everyday. Some days you think I might stick it out a bit longer, and other days you say I’ll go home tomorrow.”

It is also difficult for Hayley, who wants the best for Bryan, but also doesn’t want to be apart from her boyfriend.

Ultimately they know they will be together again one day, and trusting in this certainty helps keep Bryan and Hayley committed to each other, and to the love they share.

“”She makes me feel good about myself, she makes me a better person… Just being able to come home to someone you love, makes everything right,” Bryan says.

Single? Dating? In a relationship? Whatever your status we want to hear about your experience of living and loving as an Australian in the UK.