Travels With My Aunt; A trip worth taking

REVIEW | Travels With My Aunt at the Menier Chocolate Factory is a theatrical trifecta; clever writing, brilliant directing and acting that will blow you a world away. 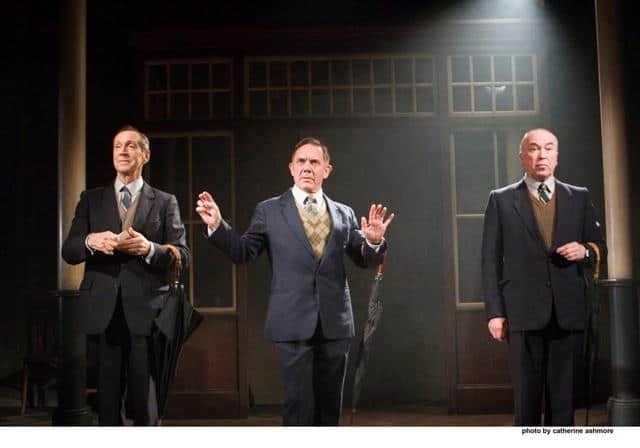 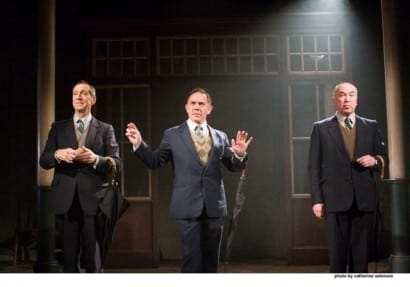 AFTER seeing Travels With My Aunt, the prospect of travelling with my own Aunt — a woman who once mistakenly posted me a can of tinned ham (I had asked for Tim Tams) — is more appealing than first thought.

Henry Pulling, the lead character, and his Aunt Augusta are worlds apart in every way, and yet the adventure this unlikely pair share makes the idea of travelling with someone who sees the world in the exact same way as you seem kind of dull by comparison.

Based on the book by Graham Greene, Travels with my Aunt was adapted for the stage by Giles Havergal, a man who clearly puts the audiences experience at the forefront of his writing. There is something Modern Family about the way the characters commentate to the audience what is happening within, and between scenes. The audience can just sit there and enjoy. Every character is a pleasure to meet and the story moves quickly, with short scenes, and no delayed transitions — a credit to the work of director Christopher Luscombe. This show is clever, tight and highly entertaining.

Iain Mitchell, David Bamber, Gregory Gudgeon and Australian born Jonathan Hyde show us how it’s really done; a master class in acting. This show demands so much of its cast — there are 25 characters performed by four actors (you do the math). To complicate matters further Henry is shared between all four simultaneously, not consecutively. In theory this should cause confusion, but it never feels that way. These pros have complete control, and are fully committed to each and every role.

The way the actors transition between characters is seamless. What makes it all the more remarkable is that it’s not achieved through a costume change, but with nothing more than extraordinary acting skills. Surprisingly, it is very easy for the audience to believe that a middle-aged man dressed in business attire is a 14-year-old girl called Yolanda, or on another occasion the wife of a German general.

Similarly, when Bamber’s eyes suddenly become vacant and his hand starts to make a peace sign it means Tooley, a young American hippie, is back on stage. And Hyde as Aunt Augusta is an absolute delight, pure perfection.

‘Must see’ is a phase too often attributed to theatre productions, but Travels With My Aunt is simply a show you must. It is a trip of a goodtime.

Travels with My Aunt is at the Menier Chocolate Factory until Saturday 29 June (020 7378 1713 /www.menierchocolatefactory.com)