GEORGE KATRALIS in a “fireside chat” with Tim Freedman. 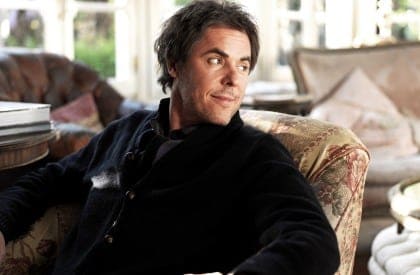 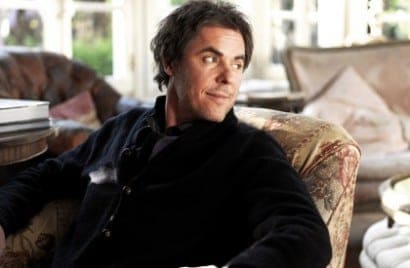 20 years have passed since a 28 year old Tim Freedman, and his band mates Stevie Plunder and Andy Lewis, walked onto the dimly lit stage of the Saturday afternoon acoustic sessions at the Sandringham in Sydney. What do you remember of those early days of The Whitlams?

The early 90’s in Australia were all about grunge and house music. We turned up on the scene with no drums, three part harmonies and schooners of scotch and from the start we were different. We did residencies and put in the hours. It was an old fashioned apprenticeship. Just before addiction takes hold is a golden minute.

A lot of your songs speak fondly, and with pathos, of your journey as a musician and as a band, particularly in the albums Eternal Nightcap and Love This City. Songs like ‘God drinks at the Sando’, ‘The “Charlie” trilogy’ and one of my personal favourites ‘There’s no one’.

How important is it for you as both an individual and also the only original namesake to one of Australia’s most iconic bands to hold on to and celebrate the past without falling into a case of turning into a nostalgia driven band? How do you keep it fresh and not about what has past?

Luckily I have seven albums, so apart from the four or five signature tunes which I play dutifully, I can do a completely different show each few months if I want. I can whack out 45 minutes about heart wreck, or 45 minutes about friendship, or 45 about Weimar Germany. Usually of course I mix it up.

The Whitlams lineage has changed a lot from its inception to now. Did this have an effect on yourself or future incarnations of The Whitlams, or do you feel you kept the essence of what you, Andy and Stevie had in the early days of the band?

Well, every line up has its weaknesses and strengths. The original lads were great black stump musicians who could pick harmonies out of the air and give you confidence in a song before it was completely finished. The lads from the last decade have chops and turn up on time. I may have to work on the harmonies a bit more but it sure is nice knowing we’re not going to miss the plane. It’s now less of a roots thing.


What is it about collaboration that appeals to you and what helps you choose who to collaborate with?

I don’t generally write a song from scratch with someone else at the piano. If I hear a lyric that surprises me I like to write the music for it. That comes from the high school thing of putting Dylan Thomas and Yeats to music because your own words were so lame. Those attempts will never see the light of day but they are important days of tinkering. Similarly a good melody, as was “Blow Up the Pokies” when Greta [Gertler] sent it to me, is a fine challenge to put words to. The story fitted straight in like they were meant to be. I’ve only collaborate with friends. One day I’ll burst through and write one with a stranger.


2005 saw you go solo for the first time in recapping all the Whitlams classics at an intimate show at The Basement in Sydney. How was that as an experience to front an audience without the comfort of band mates around you for support?

You pop or dear. It was a revelation because I realised that playing the songs as they started – at the piano with a single voice – was just as effective as giving them the heft of a full band. With the solo shows I hope it’s like you’ve walked in on someone singing in their bedroom. I do short version of songs, limit the repetition and pile on the couplets.


2012 sees you release your first solo album: Australian Idle. When a man like you has a group like The Whitlams at his disposal what’s the appeal to go solo?

I gave the Whitlams songs a rest. They needed it.


You’re currently on tour with this new album that sees you travel Australia and throw in a cheeky show for us here in London. What made you put the UK on your travel itinerary?

I’ve played Ronnie Scott’s about seven times and the Shepherds Bush Empire twice. I’ve given up trying to be a worldwide artist, but I can play in London and know there will be a good crowd. I’ve cancelled this show a few times and it was getting ridiculous how long it had been between shows when I worked it so well for a few years there. Now it seems far too long since I’ve been back. I have relatives in London; my father was born in Finchley. Like many good republicans I remain an anglophile.


As a musician and a music fan you must have over the years had a few star struck moments … who are the top 3 most impressive people you’ve met that have just had you stop in your tracks?

My big star moments were when I interviewed Randy Newman for the Sydney Morning Herald and when I took Gough and Margaret to “Keating – the Musical”.


What do you think of the Australian music scene at the moment?

The scene is brilliant. I have been a judge on the Australian Music Prize (Oz Mercury) for seven years, and this year it’s going to be very tough to get it down to a long list. Look out for Alpine and Emma Russack.


Last question, who plays Tim Freedman in the movie of his life?

A young Richard Burton of course.


Thanks very much for your time, Tim.

Tim Freedman will play his solo show ‘Fireside Chat’ at the Union Chapel on Friday 5 October 2012.

Also read; From Whitlams to Now: Tracing the Journey with Tim Freedman