by Bryce Lowry
in Culture 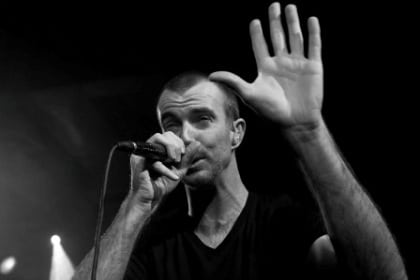 There is a smattering of Aussies in the crowd – more than a few of them having deposited their fully laden backpacks in the cloakroom, this being their last stop in London on their way back to Australia. With the chaos at Heathrow though, there is the sense that this may be as close as they get to home for Christmas.

They are enough to lead the sing-a-long to the second tune; a sharp and crackling Goliath. Enigmatic frontman Ian Kenny disappears in the smoke, singing “If this is entertainment, I hope you enjoy the view”. It’s the singular visual frill of the evening. But who needs frills when the band sounds this good? 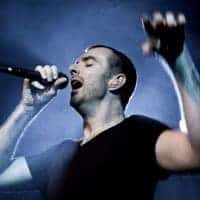 And the guys are bang on. The only drawback with a band taking on this type of thunderous, intricate, progressive metal is that there is little room for improvisation. We are left to marvel instead at the precision of the playing. Top of the class tonight is Steve Judd on drums. The panache and fluidity with which he executes his elaborate rhythms and fills are quite something to behold as the green and purple light dances off every sinew of his sweaty, bare and pumping torso.

Deadman showcases to the full the band’s epic, cinemascopic vision in sound. The guys almost lose control of the monster. It’s the only time all night though, and the beast is quickly tamed.

The audience can only gawk in wonder for so long, and with the avalanche of Set Fire To The Hive, the crowd surfing finally erupts.

Themata and New Day round off proceedings before the 10 plus minute encore of the sublime Change.

As with some of the Aussie fans tonight, this is the band’s final stop before home. The majority Brit crowd left no doubt that they would love Karnivool to stay.