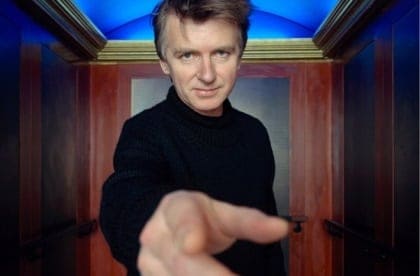 If I’m to be completely honest with you, as a teenager, I was a bit of a brat.

Now, don’t get me wrong. I was generally a pretty good kid. I spoke to my Mum and by all reports I slept, I ate, was friendly and rarely complained. But growing into a teenager, I carried all the usual chips that someone who’s 14 and old enough to know everything carries on their shoulder. My form of rebellion however, was thinking that everything my elders liked was ‘stupid’ and having no qualms in telling them as such.

One such occasion occurred in November of 1996. My maths teacher (who also doubled as my soccer coach) rolled up to Saturday sport with music blaring from his car. I would find out years later that the music in question was from an album called Woodface. He was pretty excited about this, but oddly sad too. He began to tell us all about “the greatest band in the world” and how he was attending their concert later that day.

The band, Crowded House. The event, their Farewell to the World gig at the Sydney Opera House. My reaction, without even knowing the first thing about this band, “Pfft, Crowded House!? They suck!” They can’t be cool; a teacher like him. Yeah, as I said, I was a brat!

But rest assured, I soon learnt the error of my ways. I have apologised to that teacher many times since and have made a vow that if time travel ever exists, I am going back to that day, clipping myself across the back of the head, telling myself off and also suggesting I pull up my pants and go easy on the hair gel!

After hearing Neil speak however, and talk fondly of his upbringing, this occurrence that took place on the soccer pitch back in 1996 had me thinking: Maybe things do happen for a reason.

If I wasn’t there that day with boots laced up. Taking the pitch for the under 14Ds, I never would have heard my first glimpses of a band that would fast become one of my favourite and most influential musical influences in my life.

Influence however, is an incredible thing, and something a young impressionable Neil Finn knew all about.

Growing up in New Zealand as the youngest of four children, Finn found his early life was influenced by three major things. His Mum’s strong beliefs in Catholicism, family sing-a-longs and his big brother Tim.

“Tim and I would sing all night.” He recalls. “It was very much part of our upbringing. That was the first inkling of the seduction of live performance.”

Despite big brother Tim being more vocal about his musical aspirations, it was Neil’s idolization of his elder sibling that led him down the road of music. Learning guitar and piano because Tim was, it inspired the then 8 year old Neil to start playing the guitar that brother Tim left behind when he went off to boarding school. 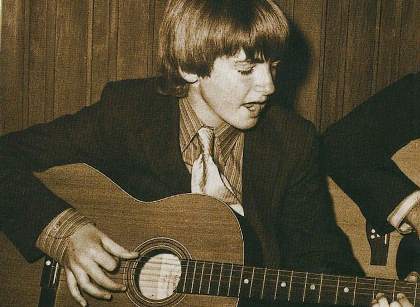 As the years went and the brothers became older, it was these early aspirations and closeness that would become the driving force behind Tim’s band Split Enz, which Neil joined in 1977.

Eventually going on to co-front, share lead singing duties and even write their first international hit ‘I Got You’. It was clear from early on that these brothers had a magical combination, but what was more evident was that Neil was a talent well beyond his brother’s aspirations.

Crediting his mother’s Catholic beliefs as a big influence on his song writing, Neil went onto to pen many more hits for Split Enz before they called it a day in 1984 after Tim’s departure.

“It’s a great fertile ground for pulling lyrics out. There’s lots of good stuff going on in there, good rituals and imagery and lots of guilt. It’s a very potent combination. I think you’re blessed, really, to be brought up with some kind of weird dogma like that.”

In 1985 Neil Finn created the band he’d be most well known for, forever associated with and the band that brought out the best of his creativity – Crowded House.

Taking the lead of what was to become an iconic band, Neil found his creative freedom and ran with it. Armed with the trust of his fellow band mates, he went on to write some of the most iconic songs of the 80s and 90s and even bridging the gap between Australia’s and New Zealand’s music and cultures. Let’s face it, both counties like to claim them.

Song such as ‘Something So Strong’, ‘Don’t Dream It’s Over’ and the beautiful ‘Better Be Home Soon’ became household favourites. But despite being internationally renowned for his songwriting, Neil is humble in his approach to his craft and legacy.

“I don’t really know how to do anything else very well, but I’m just starting to learn a few things about music,” he said.

After a string of successful albums, Neil Finn returns in 2014 with his third solo album Dizzy Heights; his first since 2002’s One All.
Wearing his influences on his sleeve but still unmistakably sounding like himself, Finn has returned with a great little album full of what you’d want to hear from this one-of-a-kind songwriter, but with a twist.

Much like his early days with Tim, he’s brought the whole family along. With wife Sharon playing bass and sons Liam and Elroy playing guitar and drums. All that’s missing is Astro on the keys. 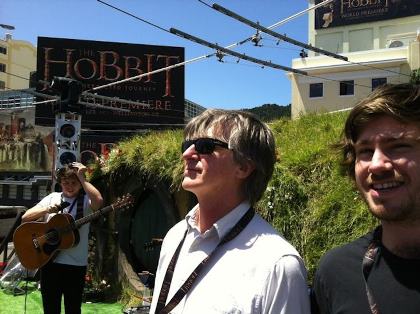 With haunting string arrangements that rival McCartney and vocal slapbacks that Lennon would be proud of, the album finds depth in its harmonies, production and originality as Finn has cast aside his love for the retrospective and opted for a more psychedelic sound.

The songs themselves deal with some darker tones but as Neil says, they are stories and he’s actually pretty happy.

“I have to remind people that songs are like a wedding tradition. Something old, something new, something borrowed and something blue. You take in a little from your life; you mix in some anecdotal evidence from somebody else’s life. A bit of what happened at the start of that day, a little bit of bluff and there you have a song.”

There you go folks! It’s that easy to pen a hit.

Neil Finn is currently on his UK and European tour, including London’s Royal Festival Hall on 3 May.

Get tickets for Neil Finn’s tour of the UK here!