Look at the cultural similarities and differences between Australia and Europe

There is no denial to the fact that both Australia and Europe are advanced industrial economies with several cultural differences and similarities as well, whether it is in perspective to the politics, immigration and visa proceedings, health care, and a host of other subjects. 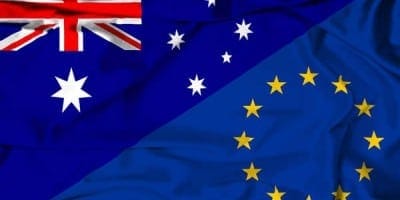 If you are a resident of Australia, residing or visiting any European nation, you will definitely encounter several differences. The same applies when you are a citizen of European country visiting Australia.

Similarity in the individualistic culture

The people of Australia and Europe are considered similar in respect to their individualistic culture. It portrays of a loose knit society, where individuals give more importance to their self image and towards their immediate family kins. As compared to several other nations of the west, the people of the two continents are independent thinking individuals.

The scenario of the health care cards in Australia and Europe

If you are a resident of the European Economic Area, but moving to to Australia for the purpose of studying, living or any purposeful and pre planned medical treatment, you cannot use the EU medical card. In fact, you also cannot seek the benefits of the health insurance card while you are opting for the medical treatment from a private medical facility.

The good news is that there are some nations in Europe that enables you with a healthcare card outside the Eurpean nations in respect to emergency medical situations. The EU medical card that is given out is exclusively for the tourists. For instance, if you are a German citizen visiting Australia and is on an urgent medical situation, he/she can seek the benefits of the health card from the state run government hospitals in Australia.

Some cultural differences between the two continents that are usually found

The Australian people love spending time outdoors and engaging in adventurous lifestyle. Such an attitude and lifestyle is a culture shock for them when they visit some of the European nations for work and study and find a more reserved and restrained outlook.

Larger degree of pragmatism among the Australians

When it comes to handling emotions and different events in life, Australians will show a greater level of pragmatism than their European counterparts. Australians seem to be more relaxed and can get along to new ideas more easily than some of the European countries that hold back and have reserved lifestyle.

Australians are open to conversation

When compared with an average European, it is found that the Australians are more polite and open while conversing with others, even if it is a stranger. In Australia, getting into a conversation with any random person is a very normal phenomenon. It is a rare sight in the European nations where people are usually restrained.

The above mentioned are some of the very common cultural differences that you will find between the European nations and Australia. But the differences between the two continents doesn’t  mean in any way that people cannot settle down in either of the destinations. There are several Australians staying in European nations for years and the same applies to the citizens of the EU residing in Australia.