REVIEW | There were barely two hundred people rammed into the tiny KCLSU band room. The lighting and stage imagery left a lot to be desired, but this is the style of Gotye, he allows the most important thing do the entertaining, his music. 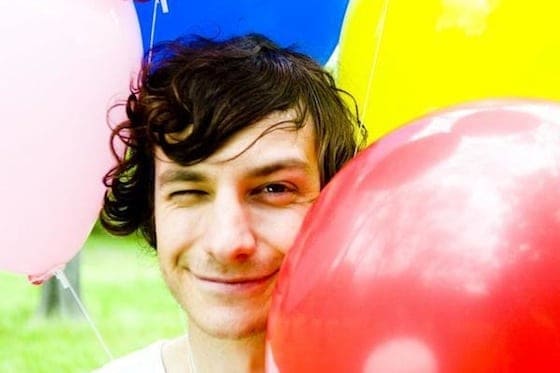 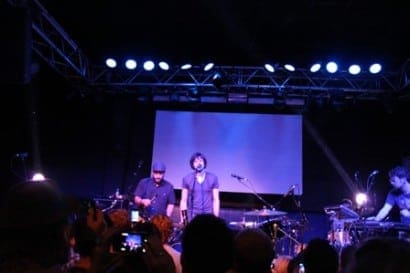 Review by Brenton Shaughnessy
There were barely two hundred people rammed into the tiny King’s College London Student Union band room. The lighting and stage imagery left a lot to be desired, but this is the style of Gotye, he allows the most important thing do the entertaining, his music.

Wouter “Wally” De Backer, better known as Gotye (pronounced Gaultier, as in Jean Paul), is the talk of the Australian music scene at present.

Flying the flag for independent artists, he has recorded all of his music to date in his bedroom and released it off of his own record label. Nominated for seven ARIA Awards this year, he has also enjoyed record breaking success atop the ARIA singles charts.

Amazingly down to earth, and ‘un rock star like’, Wally admitted during the show that it was weird to be playing in a rock club. He jokingly continued, “I gotta be in my bedroom, man”.

A less than conventional outlay of instruments consisting of countless synths and keyboards, two drum kits and a single bass had me wondering exactly how they were going to pull this off.

The band of four sauntered onto stage and breezed into the Arabic inspired ‘The Only Way’. The soft vocal and clarinet soon made way for a blazing double drum jam; the audience were instantly won over.

The tracks that were performed entailed so many different styles, reflecting Gotyes non discriminatory music taste. The music jumped from Arabic to soul to jazz to classical, pop and brass then back to soul. The one constant was Wally’s beautiful high reaching vocal which was enhanced by the intimate nature of the venue, a mic was hardly required.

‘Hearts A Mess’ went down with expected enthusiasm and set up brilliantly for ‘Somebody That I Used To Know’.

Having only just been knocked off the top of the ARIA music charts after enjoying eight consecutive weeks there, there is no doubt that this song will be number one in Triple J’s Hottest 100 next Australia Day. The support act for the night, Alex Winston, filled the rather large shoes of Kimbra well despite some obvious early nerves, and she was able to put her own mark on the vocal while enjoying plenty of backing from the audience who sung along proudly.

In keeping with the relaxed feel of the show, Gotye snubbed the usual walk off the stage before the encore because he “could not be bothered”.

For those that didn’t think that they’d been treated enough already, three additional horn members were added to the band for the upbeat encore of ‘Good Day’ and ‘I Feel Better’.

It’s obvious how this man has moved so quickly from bedroom hermit to world dominator. While acts like Gotye are around, Australian music is in safe hands.

Will Gotye (and Kimbra’s)  ‘Somebody That I Used To Know’ make it to Triple J’s Hottest 100 number one? Comment below: